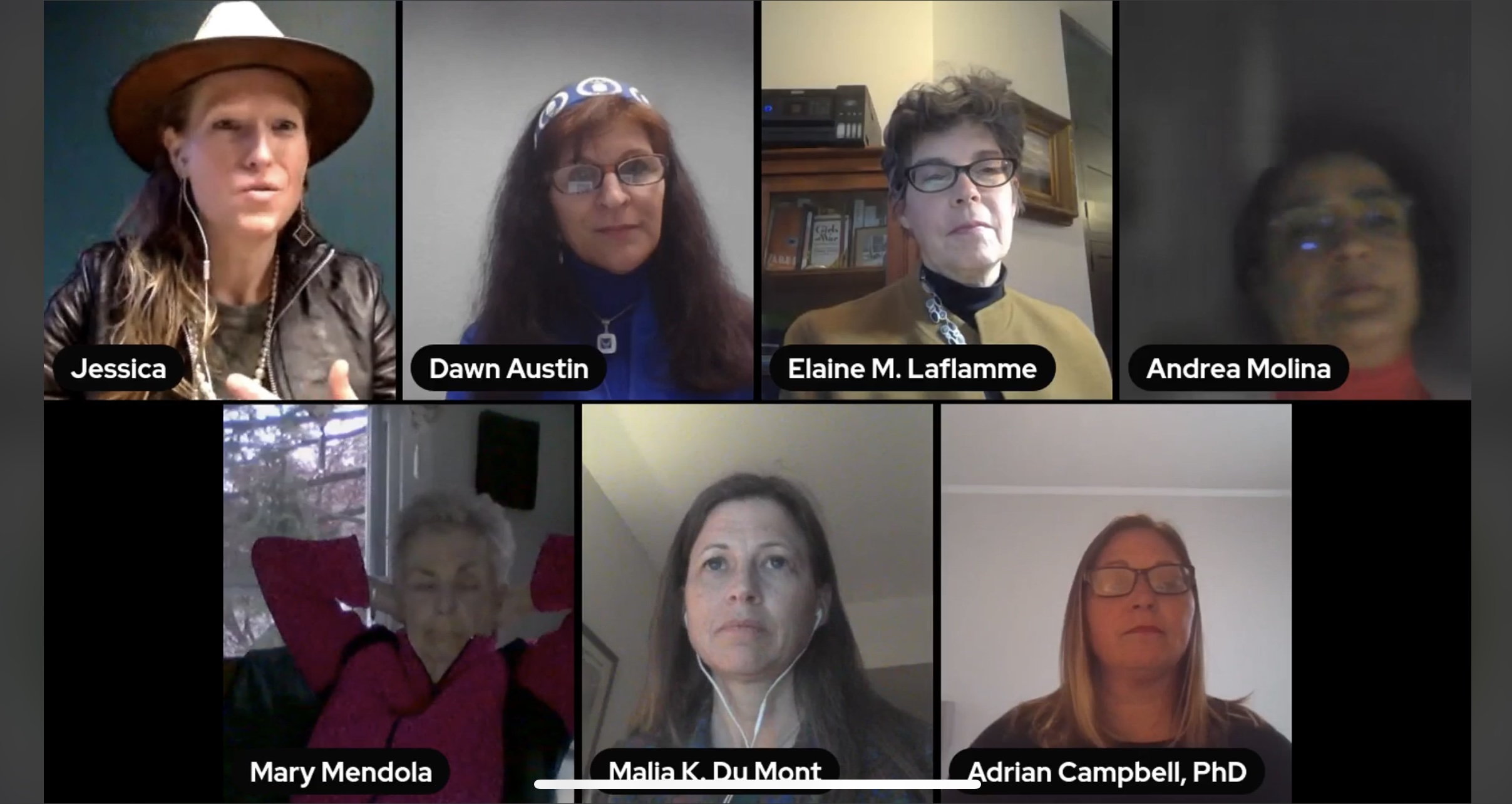 November 2022
For more than 200 years, many women have served in the US military. Women's History Month Kingston invited women from various branches of the military: Jessica Bugbee (Army), Dawn Austin (Air Force), Mary Mendola (Women's Army Corps, WAC) and Andrea Molina (Marine Infantry) to a panel led by Malia Du Mont (Chief of Staff at Bard College and Army Reserve). Learn here why they decided to join the armed forces.
What made you decide to join the military?

I decided to join the military when I was 27 years old because I wanted to serve my country and give back to the opportunities I have had in my life. Another reason is that I wanted to be in the medical field, so I ended up being a combat medic. Being in the military made me feel like I was participating in something that transcended my own needs and allowed me to help other people. However, I soon realized that I spent more time serving others than myself. When I decided to leave the army, I joined other types of organizations with the idea of ​​being in a civilian environment where they could help me at the same time that I helped people.

I didn't go into the army because I wanted to serve the country. I entered because I wanted to have the opportunity to go to university, since my family was opposed to the idea. I was the only child of an Italian American family where I was taught that my role in life was to finish high school and get married. When I told my parents that I wanted to go to college, my mother went to her room to cry because she thought that if I was smart no man would want to marry me. My father simply thought that spending money on my education was a waste. Why invest money in my education if I was going to end up married to a man who would support me anyway? My biggest dreams in life were to graduate from college and become a writer. When I turned 18, I decided to join the army because it was the only way to escape the fate that my parents' culture and community had imposed on me.

I decided to enter the army not for patriotic but for selfish reasons, since the conditions in which I grew up were not very favorable for a successful adulthood. Joining the military was the only way for me to go to college, so I joined right out of high school. I highly value the ties I formed in aviation as they taught me to raise a family with different ethnic backgrounds. The sense of belonging that is formed is so strong that none of these differences matter.

After 9/11, I felt like I wasn't safe anywhere. At 26, I joined the Marine infantry because it was the only way to feel like I was part of what was happening and to help. In the military forces I learned that “where men walk, women must fly”. This means that, to get far in both the civilian and military fields, women travel a much more complicated path than men. After internalizing this reality, I tried to be excellent in everything I did. I knew that as a woman it would cost me twice as much to achieve my goals as it would for our male counterparts.