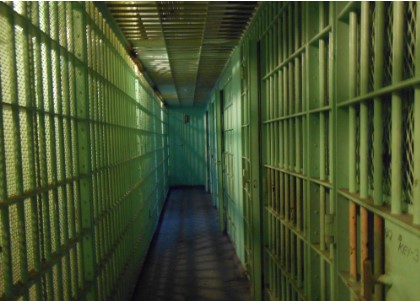 May 2021
I would like to share the following with you, and hopefully commence a dialogue. While sitting in a bullpen at the facility awaiting return to my housing unit, I found La Voz lying on a bench. I read and enjoyed every article within, but most gratifying was your advocacy for the Latino/ immigrant community, and the awareness for the need for criminal justice reform.

My story is a reflection of the many black and brown men who came to prison at a young age and now waste away, intellectually as well as physically, within these walls. At 15 years old I joined a gang, and at 18 I participated in the homicide of another human being. I was arrested prior to my 19th birthday, and was accused and convicted of murder in the second degree. I was sentenced to 25 years in prison. This was 19 years ago. At the beginning of my incarceration I continued living the gang lifestyle and I did not care about the time I was given. For some years I languished in the system doing what most prisoners do: condemning the mind to a slow death. Engaging in empty conversations and poisoning the mind with more plots to become a better criminal upon my release.

Sometime in 2008, I experienced an awakening. While observing other peers in their element with a critical eye, their actions, which reflected mine, made me feel disgusted. These feelings led me to introspection and finally to the realization that I needed to purge and replace my values. I renounced the gang life and embarked in a journey of self growth. College programs were not available in the facility I was housed in, so I began taking self financed courses through  correspondence. I became engaged in the different programs offered by volunteers in the facility and since then have been in one form or another a peer educator/counselor. In 2017, HudsonLink for Higher Learning in Prison in partnership with SUNY-Ulster Community College introduced their associates program, and in 2019 I was part of the first cohort to acquire an associates degree. Currently I am enrolled in the bachelors program offered by Mount Saint Mary’s College.
Additionally, I am currently a peer facilitator/counselor with an inmate reentry organization where we focus on a 33 session cycle wherein we explore, purge, and replace the criminogenic values of the men who are close to being released. I am proud of my work. Sadly I realized that being I will be deported to El Salvador upon the completion of my sentence, I will not benefit from my work.

Not only have I realized that there are no reentry services for myself and the countless other men who are in the same conditions, but that we, as an immigrant group, as marginalized by the larger prison population as our counterparts in the communities. In my many years of participation in prison programs offered by CBOs, I have not come across one who focuses on the welfare or that provides any specific services for the incarcerated immigrants. These limitations push most of my peers who serving decades behind bars, particularly those who came from a gang background, to waste away in the prisons’ yards without any meaningful efforts at transformation, academic growth, or preparation for a successful transition upon returning to our countries. Many of us don’t have any information regarding the current political affairs or are unaware of available resources in our countries, if any, upon our return. It is with this in mind that I am writing to your office hoping to commence a dialogue that may be a factor of change in the transformation of many of the immigrant men while incarcerated. This proactive approach can make the difference between the continuous life of crime back in our home countries or in being an asset to our communities. I understand that the subject of working with incarcerated men is not appealing for many in our communities, but the truth is that most of us will return back to them, and prevention rather than treatment is much more effective at reducing recidivism.

In closing, I want to wish you and yours a healthy and successful 2021.