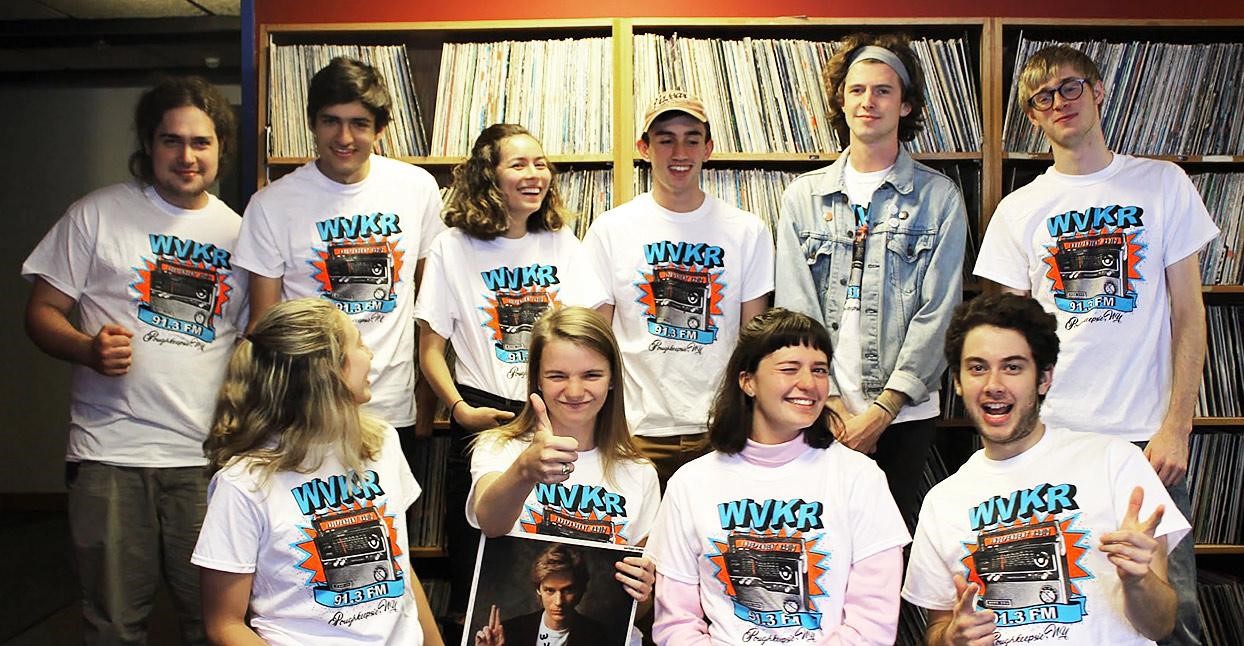 December 2020
The radio transforms the perspective of people and makes us aware of events that happen in the community. A community radio is a non-profit radio broadcasting station that has been created to make a community heard through its own members and thus develop the society in which they live. The following radios have the intention of favoring a community or population nucleus, and are concerned about having bilingual content. The program La Voz en breve (the weekly summary of La Voz with Mariel Fiori that airs live Monday through Friday from 10 a.m. to 11 a.m. on WKNY Radio Kingston, 1490 AM, 107.9 FM and online at RadioKingston.org) has the mission of informing the Spanish-speaking community through this communication medium while receiving the support of several of the most important radio stations in the ​​New York State area.
You can listen to the program, La Voz en breve on the following stations:
Robin Hood Radio: Independent alternative and affiliate of NPR, covers the tri-state area of ​​New York, Massachusetts and Connecticut. Its objective includes training local residents in both television and radio production, recording and filming. You can listen to the La Voz program every Thursday at 10pm on AM 1020 WHDD 91.9 FM, WBSL 91.7 FM, WLHV 88.1 FM, robinhoodradio.com.
WJFF Radio Catskill: is an educational radio station in the Catskills and Northeast Pennsylvania area, which is concerned with offering its community useful information that helps them in their daily lives, in addition to remembering the importance of cultural heritage and knowledge about different societies. This radio station decided to include the La Voz program every Monday at 7 pm since August of this year in order to provide a broader content that includes information aimed at the Spanish-speaking community on 90.5 FM, wjffradio.org.

Revolution radio: Online station located in the Poughkeepsie area, one that is democratic and participatory and seeks the common welfare through the information, entertainment and education service of its programming entirely in Spanish. Helps improve the quality of music and programs in the Hudson Valley by actively participating in community projects. La Voz con Mariel Fiori is broadcast from Monday to Friday at 4 p.m. through the TuneIn application and on revolucionradio.net.
WVKR Vassar College Radio: This radio had its beginnings in the early 1970s, and began as an AM carrier station. WVKR transmits up to 21 hours per day through a closed circuit on campus only and the transmitter is located on the west side of the Hudson River. Their motto is to promote music not heard elsewhere and serve the interest of the community through eclectic radio programming. WVKR is heard in five states (NY, MA, CT, NJ and PA). They also have an international reach that includes Japan, Sweden and Brazil. Listen to La Voz shortly on Fridays at 7 am on 91.3 FM, wvkr.org.
I asked the leaders of these stations about their experiences in this media:

Why did you decide to join the radio?
Tim Bruno, WJFF: I started working with radios since I was in high school in Indiana. During my time in college, I worked at a radio station part-time and then decided to move to New York to pursue a more television approach. But when I moved to the Catskills and saw how radios connect so well with the community, I wanted to be part of that project.

Could you tell us how the radio works?
Tim Bruno, WJFF: We host shows that are voluntarily produced by members of the community, but we also include content from national shows such as NPR, American Public Media, and the BBC. We always get a lot of local content, and this helps us to better connect with the community since this work represents different aspects of everyday life for people in the Catskills.

What is the purpose of radio?
Felipe Santos, Revolution Radio: There are a lot of radios that focus only on the information they can transmit. But we believe that the community is represented in all aspects: in dance, in music, in people who believe in Rock and Roll, people who do not believe in the Virgin of Guadalupe, among others. So we want to create a platform where we can give everyone space. We are not the typical radio that refuses to play a certain type of music because we do not agree with it. Rather, we like to represent everyone in the community by broadcasting whatever they like.

What does a person have to do to have a space on the radio?
Felipe Santos, Revolution Radio: First of all, we look for quality. If someone asks me if he can have a space on the radio, I immediately ask him why he wants to participate in this project. If you answer that you want to be famous or that you want to have a large following, I would tell you that that really is not our focus. However, if you tell me you want to improve your speaking skills and grow in the media, we of course give you the space and will teach you it, even if you don't have much experience yet. Many young people who have had the opportunity to participate in our radio have become great broadcasters who were even able to create other radios from Revolución Radio. I think that's what community radio is about, having quality information and transmitting what people have to say.

Why do you think community radio is important?
Tim Bruno, WJFF: Because it is the only way to hear the opinions of the people who live here. It's a way of focusing on the issues of our own community, rather than being bombarded by all the big news from New York City. Radio is one of the few ways that people's voices can be given weight. Through the radio people can be heard and deal with issues that affect all the people residing in this area.

Why did you decide to include La Voz on the radio?
Marshall Miles, Robin Hood Radio: Recently, many radios have been dedicated only to transmitting music and nothing but music. We want to change that vision of radio stations as we contact people in the community who want to do informational programs. When Mariel and I met 10 years ago, we decided to work on this show which actually blends very well with our regular programming. We really wanted to reflect the community we live in by including a program geared towards the Latino community.

What kind of content do they usually transmit?
Marshall Miles, Robin Hood Radio: Our main goal is to broadcast content that is useful to the majority of our community. We usually have a tri-state region news slot that lasts three hours, then we address health issues, we play music of all kinds, and of course we include La Voz to address issues that concern the Hispanic community. We also have programs about food, health and travel, as well as spaces for music of all kinds. We try to vary our content every afternoon from Monday to Friday.

And how do they now work with the restrictions of the pandemic?
Tim Bruno, WJFF: Right now we are working with a very small team. We only have 2 people working full time. The rest of the content depends on the stories that the volunteers send us. Actually, this quarantine situation has allowed us to be more in contact with the community, since everyone is much more connected thanks to platforms like Zoom, which allows us to know about people's experiences in real time.
back to top