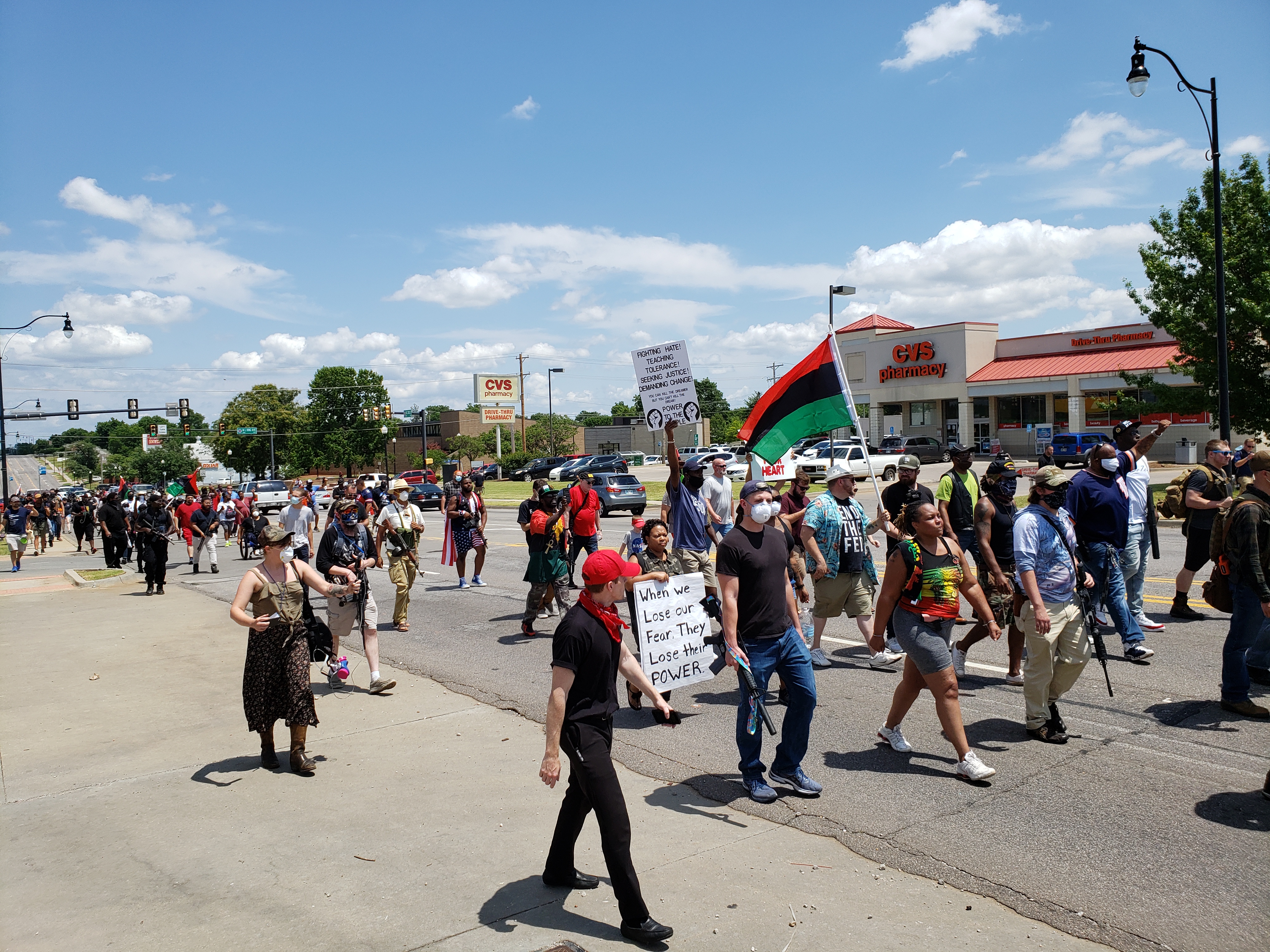 What is the role of the police in our society?

The widespread protests against police brutality make us question the system as a whole.

July 2020
The police in France kill an average of fifteen people a year, which is considered a completely unacceptable outrage. In the United States the police kill more than a thousand people a year, year after year, and unfortunately in this country this has become a more or less normal state of affairs. After the public execution of George Floyd in Minneapolis by policeman Derek Chauvin, who suffocated Floyd with his knee for more than 8 minutes in broad daylight, in front of multiple witnesses, the working people of the United States have said ENOUGH!
Finally, after decades of abuse, the youth and working people of the United States are responding to this horrible situation with solidarity and a daily wave of peaceful protests, in cities large and small, attracting broad layers of citizens who, in the recent past, have not participated in this type of political action.

The public outrage has been across the board, overwhelming, and without precedent.

The strategy of public officials

It is undeniable that there are tactical differences between the two political parties. However, we should not lose sight of the fact that both represent political interests that are alien to the just demands of everyday working people. This country has only one party, the Party of Private Property, and that party has two right wings (or factions), the Democratic Party and the Republican Party. They both lie to us and betray us, they are corrupt, and they defend the prerogatives of financial capital.

What we are witnessing today is, in my opinion, a conscious effort by government authorities at all levels, and by both political parties, to prevent at all costs a fundamental overhaul of the police, although these changes are obviously necessary.

To understand why, it is important to accept the fact that the two political parties are instruments of the ruling class, and that the police are simply part of the state apparatus, that perennial body of armed men who faithfully defend their interests — using violence, if necessary, to keep us in line. The police are nothing more than an essential structure to maintain the political domination — the dictatorship, in fact — of the capitalist class.

That is why the recent demonstrations are so important. We must raise demands that promote and defend the interests of working people and use the first amendment to the constitution to expand the political space we currently have to organize, act, and demand justice. One very important demand is the call to dismantle the police forces in order to reorganize them with specific and limited functions. The goal is to free up taxpayer money so the funds can be used in a more equitable way, addressing the most immediate needs of working people.

For a more just society based on human solidarity

Although at the local level the two political parties give the appearance of allowing broad citizen participation, the truth is that at the national level they both function as opaque corporate entities with a vertical and hierarchical structure. They are, in fact, an intrinsic part of the state apparatus, as evidenced by the obsessive maneuvering of both parties to appoint as many jurists as possible to the judicial branch and especially to the Supreme Court (which is supposed to be politically impartial). Today it is obvious that the Supreme Court reflects the unrelenting struggle for power between two factions of the ruling class.

Many leaders of the Democratic Party are going to try to seduce us with promises of "Equality" and "Unity" that they will fail to keep, even if they get to occupy the White House and win majorities in the Senate and the House of Representatives, because they think they can lie to us with impunity. Unfair labor laws in the United States, for example, have been a scandal for decades, hindering the free organization of our unions. Constant anti-union attacks by employers and the government have led to a dramatic reduction in the union movement which was, in its time, one of the most powerful in history. Immigration laws are another example of the constant betrayals of both parties of the rich.

It is also important to keep in mind that the Fraternal Orders of Police (FOP), are more like extortion rackets, siphoning money from local governments for uncommonly high wages, generous pensions, and early retirement packages, which often consume up to half of municipal tax revenues. Although some of these organizations are affiliated with the AFL-CIO or other legitimate organizations of the labor movement, we must not allow them to use this affiliation as political cover to defend their unconstitutional activities. After all, the police routinely act against the labor movement, especially when we use strikes to fight for our just demands.