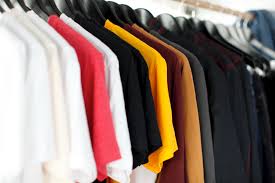 Letter to the editor: consumerism and poverty

As a Latino male who grew up in a low-income household, I am very used to receiving “hand-me-down” clothing that was usually two or more sizes bigger than me. All the clothing and toys I owned were what my mother called “a necessity, not a luxury”. To be clear, this is not something I view as a negative aspect of my childhood. As the child of an undocumented single mother of three children at the time, my mother worked long hours with multiple jobs just to ensure we could have a place to live and food to eat. Rightfully so, worrying about what “nice” clothes and toys her children had was the last thing she was worried about.

But as a byproduct of this lifestyle, this, in turn, did have a somewhat negative effect on my life. I suffered severe bullying and isolation growing up due to the brands of clothing I wore like FUBU, Lugz, U.S. Polo Assn, and Payless. The places my mother shopped for my clothing were TJ Max, Ross, Wal-Mart, and Burlington. This is not to say that anyone who shops or buys these brands is any less, but growing up my reality was if you did not shop and buy what was in style, which was a lot more expensive, you were obviously poor and not a good presence to be around.

Because of this toxic environment, I grew up saving and spending a lot of my money on making sure I did not look “poor” and instead focused my resources on making sure I always looked “fashionably rich”. I do not believe there is something inherently wrong with wanting to purchase something that makes you feel good, but thinking about this in a broader context, it is very important to understand what it means for me as a consumer to be a part of the same system of social capital that was used to bully and shame me.

Realistically, my physical appearance should not matter at all and appearance is rooted in a classist system meant to separate people into social categories. Fashion and brands are nothing but companies and systems set in place with the intention of profiting based on selling a lifestyle that is meant to distinguish and separate you from people who are above or beneath you. This is done with the subjugation of low-income black and brown families, who are the most affected and ironically large consumers into luxury brands. The same kids who made fun of the way I dressed and where I bought my clothing, were in the same financial situation as myself. This is attached to the cycle of poverty, which is the need to feel superior to someone, even if it is your own people.

This topic is something I struggle with every day, as the question of whether I am choosing to spend a large part of my money to dress nicely is to hide my financial status or prove I am no longer “poor”. Is it wrong for me to want to have nice things? Or should people of color not be allowed to live in luxury? The answer is very complicated. It is important for us as consumers to think and try to understand what our role is in society and how our actions further perpetuate cycles of oppression. At the same time, low-income people of color have historically been deprived luxury for centuries and wanting to own “nice things” and have the power to give them out should not be used against us when speaking about the role we play in society.

To conclude, I believe as consumers we will always inevitably support a system that separates people into social classes, meaning as long as I push to look fashionably wealthy, I will always subjugate those who cannot afford to look a certain way into the cycle of poverty which in turn leads to bullying. It is a tough reality that is complicated and hard to push against. On one side I do not want to partake in it, but on the other after years of constant bullying I am now in a situation where I can afford these nice things, should I not be able to get them?

Saúl G. Amezcua
back to top