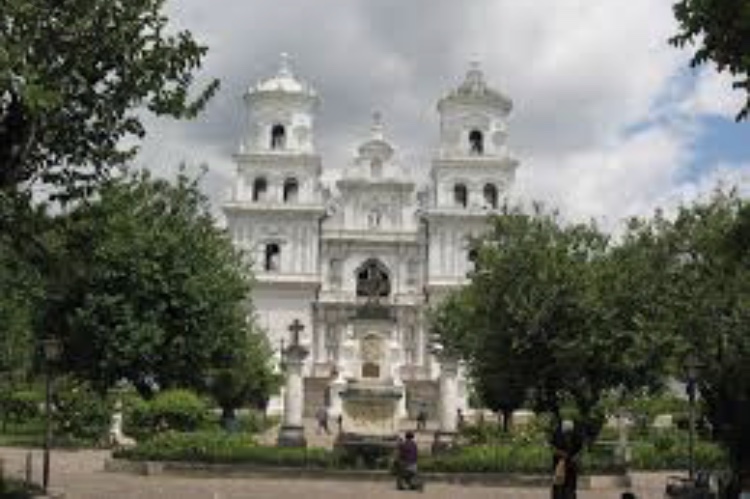 September 2018
Kathryn Sajdak, psychotherapist, spent a week in July as a volunteer at the South Texas Family Residential Center in Dilley, Texas. That's where she met Karla.
Karla was nothing if not persistent.

Karla’s father died when she was three years old.  Her mother remarried, and when Karla was eight, her stepfather began sexually abusing her.  When she disclosed the abuse to her mother, her mother didn’t believe her until one day she caught him in the act.  She immediately threw the man out, but the psychological effects of the abuse were long lasting.

She had tried for eight years to get her husband Hugo to support their 4 children, but he just wasn’t interested.  A serial womanizer, he had spent the last eight years living with three other women.  He had begged forgiveness, and always Karla had taken him back, That is, until the last one.  He had fathered several other children with her, and lost interest in Karla and her kids.  Karla repeated her requests for child support, and he grew increasingly irritated with her.  Finally, he threatened to kill her and her children if she didn’t stop asking him for money.  She tried valiantly to provide for her children herself, taking whatever legitimate work she could hustle up.  She made and sold bracelets and rosaries outside the basilica in her town, until the mayor demanded her to pay a licensing fee of 500 quetzals. When she couldn’t pay, the police confiscated all her merchandise. Next, she turned to cleaning toilets and working at odd jobs to support her four children.

Hugo’s family also physically abused Karla, pulling her by the hair, and slapping her across the face.  She feared them as much as she did Hugo.  Determined to escape the repeated abuse and escalating threats to her life and the life of her children, she left her three oldest children in the care of her mother, and took off with her youngest, Hector, age 11.  Together with her sister and niece, the family reached the Texas border, traversing many thousands of miles.  They were denied entry at the port of entry previously used by asylum seekers, and more recently closed off by the current U.S. administration.  Thus, they were forced to enter illegally across the river, and the group was detained.  She and her sister and niece became separated, and her sister and niece were somehow released from custody.  They made their way to Los Angeles to the home of a cousin, Luis, while Karla and Hector remained incarcerated at the notorious South Texas Family Residential Center.  Karla wondered why her sister had been released, and not her. This question will probably never be answered.

In order to establish Credible Fear, it was necessary for a client to demonstrate that a.) they had been harmed or received a death threat, b.) that it would be impossible to relocate to another part of their native country, and c.) that there was nexus, a connection to race, religion, political beliefs, or some other inalterable personal characteristic that formed the motivation for the threat.

Karla’s case satisfied the first two requirements: indeed, her life had been threatened, more than once, and she had been abused by Hugo’s family.  But the third condition, nexus, was not immediately apparent.

One of the acceptable forms of political belief to establish nexus was belief in women’s rights, so I decided to pursue this with Karla.  I asked her if she knew what a feminist was, and she responded, “No.” I explained that a feminist was someone who believed that women should have rights equal to men, and should receive equal pay for performing the same work as men. I then asked her if she believed in those principles, to which she responded, “I am a feminist”.

Attending credible fear hearings with these women was completely unnerving. The officers responsible for making life and death decisions for these women seemed to have been instructed to be completely inscrutable. Their attitudes toward thee women and their legal advisors seemed to range from studied indifference, to outright hostility.  Furthermore, the way the conference rooms were set up, the legal volunteers could not see the officers, nor read their facial expressions or demeanor.  Often the legal volunteers were not able to speak on behalf of their clients, or add to their narrative.  So the interviews, which often represented a client’s one chance at asylum, often seemed like a great crapshoot of subjectivity.
The day of her interview, it was pouring rain when Karla came to the meeting area to go together to the asylum trailer for her hearing.  Her dark eyes shone brightly under the hood of the government-issued green rain jacket. I was fearful for her.  As bad as her story was, and as severe the deprivation, there were others whose stories seemed far more urgent, and who had received a negative disposition. She once again reassured me that with the Virgencita on her side, she would soon be released.

As we waited in the waiting room for an officer to call Karla’s name for her interview, we noticed a rather large, black bug crawling slowly across the floor.  Karla went to step on it, but I stopped her: “Karla don’t! It’s a cricket – they bring good luck.” It was then that I noticed that one of its rear legs had been damaged. The insect displayed remarkable determination to crawl up the metal leg of a chair, and finally succeeded in reaching its destination.  Naturally, I hoped that this was a sign of things to come.

Karla, who had no more than a 5th grade education, had some difficulty understanding the questions, and tended to give long-winded answers, hoping perhaps to cover all the bases. The interpreter who attended the session telephonically seemed annoyed with this, but the officer displayed remarkable patience in terms of restating, rephrasing, and explaining his questions.

I gave Karla my card, and took the number of her cousin in L.A.  I was determined to learn of her fate, and continue to help her in any way I could, after my tour of volunteer duty was ended. There is an ICE regulation that forbids touching any of the detainees in any way.  Even a sympathetic hand on a shoulder could earn a volunteer expulsion from the prison.  I taught Karla and the others I met to give the International sign for “I Love you Always”. I had learned this gesture from watching the recently deceased Koko the Gorilla make the sign to Fred Rogers in the movie “Wont you be My Neighbor?’ It entails crossing one’s arms across one’s chest with closed fists.  That is how we said our final goodbyes.

On July 16, 2018 I learned by visiting the ICE website that Karla was no longer imprisoned. I called her cousin to verify that she had been released from custody.  Indeed, she was on her way to L.A. with Hector.  Since then, we have spoken by phone almost daily.  She has had two visits to Immigration Court. On each of these instances, she went alone, and was not represented by counsel.  I am still hoping to find her an attorney who will plead her case in L.A. on a pro bono basis.  She wears an electronic monitor.  In order to be released from the ankle bracelet, she must visit the Consulate from her country and obtain a passport for herself and her son.  This week she will go to the Consulate and get her documents. Then, she says, she will be able to work.