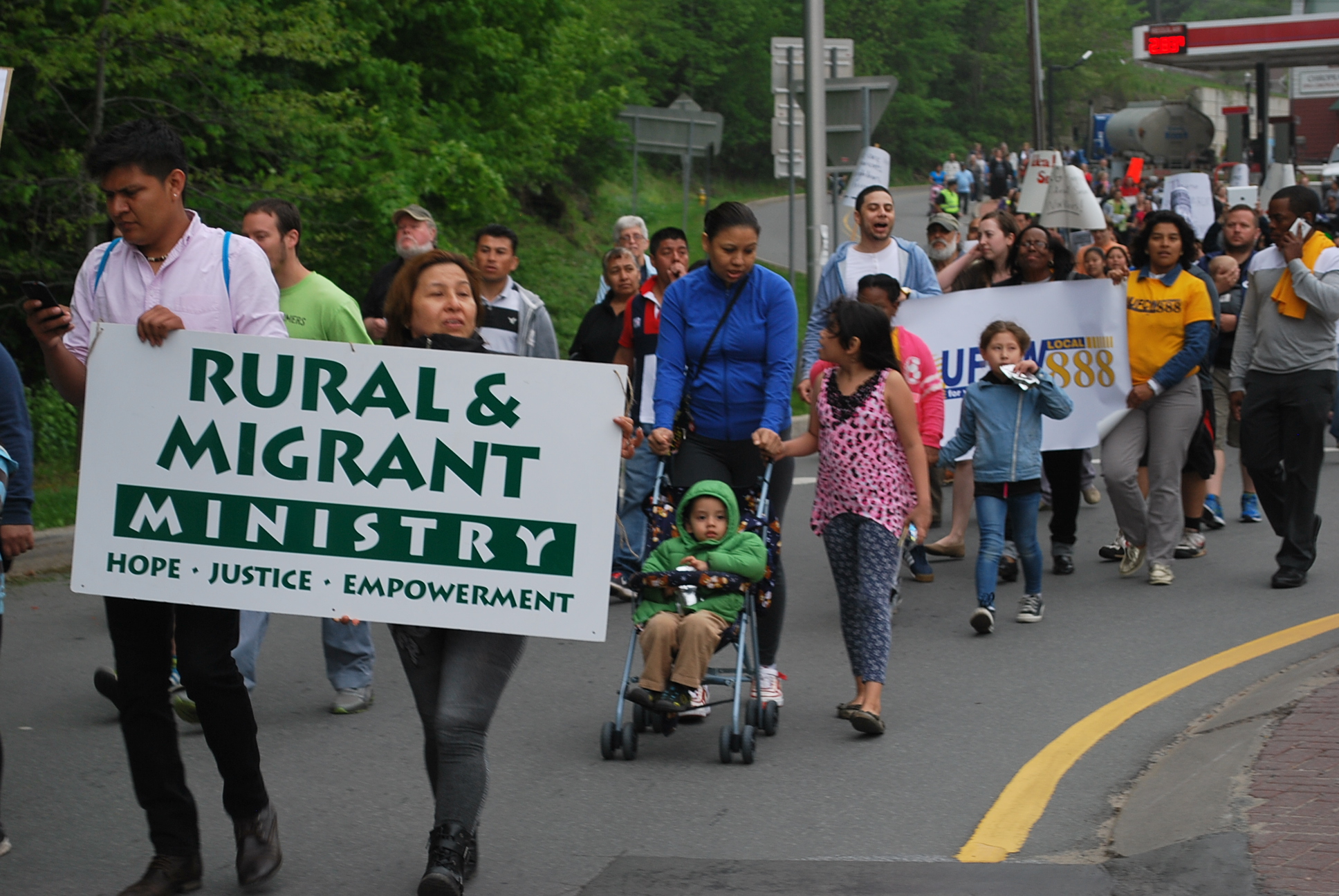 June 2015
Approximately 300 workers were dismissed or suspended recently by the company Ideal Snacks, in Liberty (Sullivan County), for not having legal documents to work and because the multinational corporation Kellogg’s recently bought the company and will not accept workers without legal documentation. Some of them have eight or nine years of service, others less, but all of them share the same air and working environment, and the same fate in a company where the supervisor and the owner enjoyed the effort of their work, their dedication and their fear. All these workers never imagined that this day would come, that the supervisor and the owner would dare to dismiss them all, --or nearly all, because it’s rumored that about fifteen employees in the same situation, people close to supervisor, continue to work.
According to testimonies of many of these workers, there was a strong fear of the supervisor because he reminded them of their situation in this country, that nobody was safe where they were and everyone depended on his will and power. That fear did not allow them to complain about anything, and those that dared were out the door and did not return. In order to use the restroom they had to present a card to supervisors and sometimes were denied the toilet; those who did not bring lunch to eat in the cafeteria went without food because the door was kept locked and only one of the supervisors could open it. No one dared to ask them to open the door.

Sexual harassment was known by all and became normal, as well as verbal abuse and threats by supervisors. Anyone who got into an accident at work had to endure harassment and threats from supervisors, and these same supervisors always advised injured workers to declare that they had not been injured at the workplace. A lady who had an accident and was able to take her case to court was brought up against her brother, who lied against her while under oath. The judge dismissed the testimony of the brother and threatened him with jail for lying under oath. Later the brother justified his action by saying he had been threatened with dismissal if he didn’t testify against his sister. I could go on describing this work hell but for now this is enough.

Ideal Snacks not only took advantage and profited at the expense of these workers, but also our tax money through the use of state program incentives which freed them from paying taxes. The salaries the workers earned never allowed to improve their quality of life; many of them have children to support and receive social assistance because of their low wages. The benefits were minimal as were wage increases. One worker said that after nine years they were only earning a little over nine dollars an hour.

Some local organizations and government agencies are trying to help these workers, but perhaps it’s a little late. Causes like these need solidarity and help from everyone to put pressure on the company to respect the right of these workers to have decent jobs with fair wages, and the right to organize and be respected as human beings.

For more information on activities organized by workers, visit www.facebook.com/standwithidealsnacksworkers