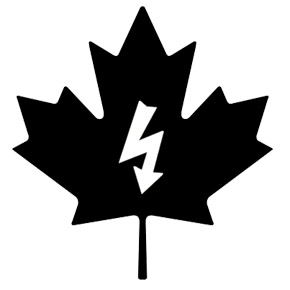 The acquisition of Central Hudson Energy Group by Fortis Inc.

The struggle of the local community against a multinational company

On February 21st, 2012, the Canadian company Fortis Inc. announced their intention to purchase Central Hudson Energy Group, the public gas and electricity company that serves the Hudson Valley. On June 13of this year, the New York State Public Service Commission voted in favor of the adoption of this transaction, which puts 375 thousand customers of Central Hudson Energy Group, as well as current workers of the company. Many groups have formed around the Hudson Valley in opposition of the sale, rejecting it as a transaction that would benefit a rich minority at the expense of the economy and local environment.

The main points of opposition are as follows:

As a local public services company based in Poughkeepsie, Central Hudson should have a level of commitment to the community that it serves, especially if one takes into account the fact that it is the only energy company in the area. Fortis, on the other hand, is not only a large foreign company with no motivation for the local well-being, but it also has a very bad reputation for their mistreatment of the environment and their customers.

A frequent criticism is their performance in Belize, where the construction of the Chalillo Dam was done with great disdain towards the environment led to an increase in prices so high that the government was forced to expropriate it. Under the current conditions of the acquisition agreement, Fortis has only been committed to maintaining the current prices of Central Hudson for the next two years. In addition, they have stated that the 500 million dollar debt associated with the purchase of Central Hudson (for $1500 million) will be recovered with the price increase.

Fortis Inc. has stated its preference for the use of natural gas instead of alternative sources of energy, in addition to saying that their income is dependent on the lack of changes in environmental laws and governmental energy plans of the State of New York.  This attitude justifies the accusations that the company has received for being indifferent to the environment and shows a lack of willingness to build a sustainable future. Upon approving the purchase, it is very likely that Fortis will advocate against legal changes that benefit the environment, as do many corporations whose income depends on the consumption of fossil fuels. A worse picture would be the possibility that Fortis could pass over the state regulations due to the free trade agreement (NAFTA) between Canada and The U.S.A.

In addition to the environmental impacts, the acquisition of Central Hudson by Fortis would lead to the flow of money that currently reverts to the local market out abroad, leaving a gap in the local economic stimulation, as well as the risk of loss of employment by the workers of Central Hudson, who only have secured their spot for the following two years. It is rumored that Fortis intends to replace them.

Currently the decision whether or not the transaction will be approved by the Public Service Commission is pending. You can support or reject the purchase by calling the Commission at 800-335-2120, referring to the case “12-M-0192 – Central Hudson/Fortis Merger.”