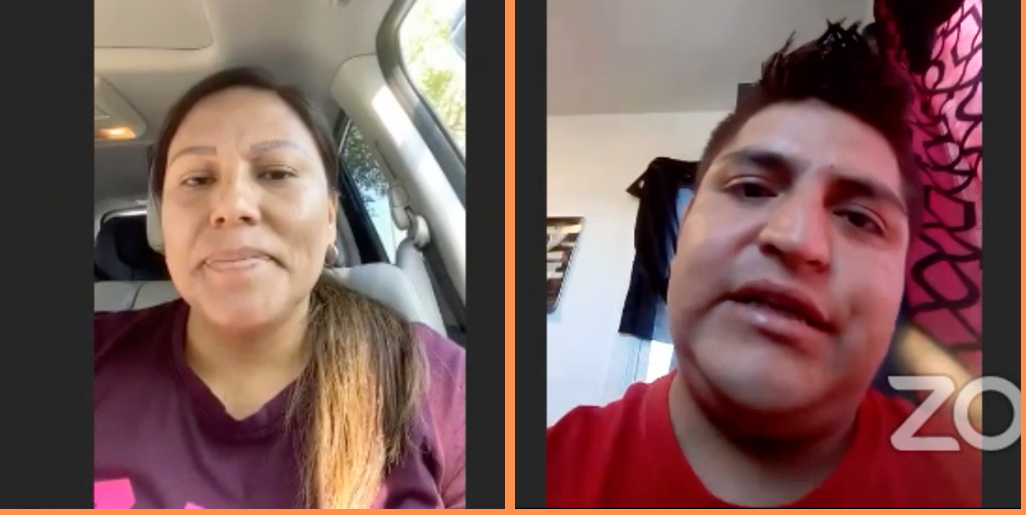 The National Day Laborer Network and DACA for day laborers

The DALE campaign seeks respect and papers for immigrant workers

November 2022 A little over a year ago, in October 2021, and after public pressure from groups such as NDLON (The National Day Laborers Network), the Secretary of the Department of Homeland Security (DHS), Alejandro Mayorkas, committed to a policy that would protect to workers who report workplace abuses, stopping deportation and granting work authorization to advance labor protections. In response, NDLON launched the Blue Ribbon Commission on Immigrant Labor with workers from various industries and from cities across the country to make sure the promise is kept. Finally, in July of this year, Martin J. Walsh, director of the United States Department of Labor, DOL, announced the new guidelines and policy processes to protect immigrant workers who report workplace abuse, opening the way to a Deferred Action for Childhood Arrivals (DACA) for day laborers. Here we tell you what is at stake.
“Workers who have a labor complaint and file a complaint with the Department of Labor will be able to request a letter of support. And with that letter of support from the DOL they will be able to ask the Department of Homeland Security for deferred action or some kind of immigration protection. This is very important as they are recognizing for the first time that the Department of Labor has the power to protect workers from threats and reprisals used by employers to ensure that workers do not speak out when their rights are violated. It could be said that it is similar to some DACA for abused workers,” says Nadia Marin-Molina, co-executive president of the NDLON (ndlon.org), about the policy announced in the form of an FAQ by the DOL.

What types of abuse? Janeth Hernández of Obreros Unidos de Yonkers explains that “we don't just talk about verbal abuse, but also physical ones. We have had cases of physical abuse in the workplace, psychological abuse, exploitation. When they work overtime and they are not recognized, that is labor abuse. Also, when a worker asks for protective equipment and does not receive it, it is also abuse of the employer. There are a variety of abuses in the workplace and we see them on a daily basis in worker centers, and many times we feel frustrated that we cannot have a law or a policy that really helps the worker to speak up. This is a great door."

Recently on La Voz con Mariel Fiori on Radio Kingston, Juan Segundo shared his story of abuse: wage theft in the construction area. A contractor advertised a job and Juan contacted him online. From the beginning, Juan noticed details that didn't add up: "He doesn't have many people working with him, I think he has very little credibility." Anyway, Juan went to work “and everything started very well on Monday and Tuesday, but he already wanted to finish on Wednesday. We were working on the floor of a large apartment that was impossible to finish so soon." Actually, yes it was possible, Juan clarifies, but doing everything poorly, mediocrely: “And he told me: It's fine, don't worry, nothing happens. I finished the work the next day. The owner of the property saw the work and the truth was that he did not like it. He said that our work was not going well and started arguing with my boss. The only solution was to repeat everything again. So, on Saturday I worked alone, to start the following week on Monday, just like Tuesday and Wednesday. And he wanted me to finish on Wednesday, but when the owner saw my work on Tuesday, he was happy. He told me that he was fine and that he knew it would take me longer because he was aware that it was not an easy job. My boss asked me for photos of what I was doing, sometimes I didn't even have time to take photos. On Wednesday he got mad at me when he asked if I was done, and I told him no, maybe I was going to finish Thursday at noon. I was alone and nobody was helping me, to which he responded with insults and nicknames. Obviously, I couldn't answer him in the same tone, and I didn't want to either. But he kept texting me and I have all the evidence here on my phone." Juan received payment for the first week of work, but not for the last four extra days, instead he received insults and threats, and even had to go to the property owner to retrieve his tools. Thanks to the work of Janeth Hernández of Obreros Unidos, Juan Segundo was able to recover unpaid days of work.

Marin-Molina points out that this is an example of how someone could benefit from the new DOL policy, but "each person would also have to consult with an immigration attorney because it depends on their immigration status if it is something that could apply in their situation. Employers cannot abuse or insult workers in this way. The idea is that undocumented workers who are in this situation do not have the threat of immigration, that they can file a complaint and thus recover their wages as is due by law.”

Katia Valderrama of the Community Resource Center was also a victim of wage theft, in her case for two and a half years. "I worked in a company that does taxes aimed at the Spanish-speaking public, from Monday to Sunday for an average of 70 to 80 hours a week without a break." And without charging overtime, or time and a half, which must be paid when working more than 40 hours per week. “I was the person who opened the office at 8 in the morning, and then left at 11 at night. I'm not embarrassed to say that this company paid me only $10 an hour in 2018. I didn't know the state's minimum wage per year and when I got pregnant in 2019, I talked to the owner of the company, who is also Hispanic, but he became a citizen; He told me that I was going to return to work and that I was not going to have any problems. In 2020, the office closed to the public due to the pandemic, but I continued to work with the owner and manager, behind closed doors and over the phone. Later, I gave birth and when I tried to return, I called them, but they no longer answered the phone. In the end the owner told me that I was not going to return to work. I felt very outraged. I went with my two-month-old baby to ask him to give me a part-time job, but the boss didn't even see me. This was what prompted me to report this mistreatment by the owner. Having a baby in your arms already makes the bosses treat you differently. That is called discrimination. I came to the Community Resource Center, and they helped me in the legal area, and also to submit an application to the Labor Department with all the things I needed”. Katia had kept her checks and the reports that showed that she had been a stable worker in that company. Her application reached the Department of Labor and a month later she received a tracking number for her claim. She then had a series of lengthy phone interviews (in the thick of COVID-19) with a compliance officer for questions on the case. Katia says that “then they told me that I had to wait for the next resolution, an informal meeting with the owner and a marshal. That day came, and the marshal told me very clearly before starting the conversation that I should not feel less or fear retaliations. I was scared because I have a baby and I am a single mother. The marshal explained that this case should not go to another higher instance because he firmly believed that he had the necessary evidence to solve it there. So, we reached an economic agreement with the owner, which was very high. In December of last year my case came out favorable. In March the Department of Labor agreed with me. My case is currently not closed because the owner is still paying me."

Marin-Molina reflects that “one of the strategies used by employers is to devalue work, the human being, the worker. It is a psychological attack. One of the protections is having these spaces to educate workers about their rights. There are many protections and I tell them to have the courage to report, because we must come out of the shadows. We have to break that fear and that silence.”

Through the DALE (Desde Abajo Labor Enforcement) campaign, NDLON members have had meetings with OSHA, DOL, and organized protests and demonstrations in many cities across the country. And it is that despite the policy announced by DOL, Marin-Molina says that “a similar written policy is still missing from the Department of Homeland Security, which puts that process in writing and makes it accessible. The voices of hundreds of workers and eventually thousands are now needed. This must be something where every worker realizes that it is part of their rights.” The motto of the DALE campaign is: If you accept our work, you must accept our humanity.