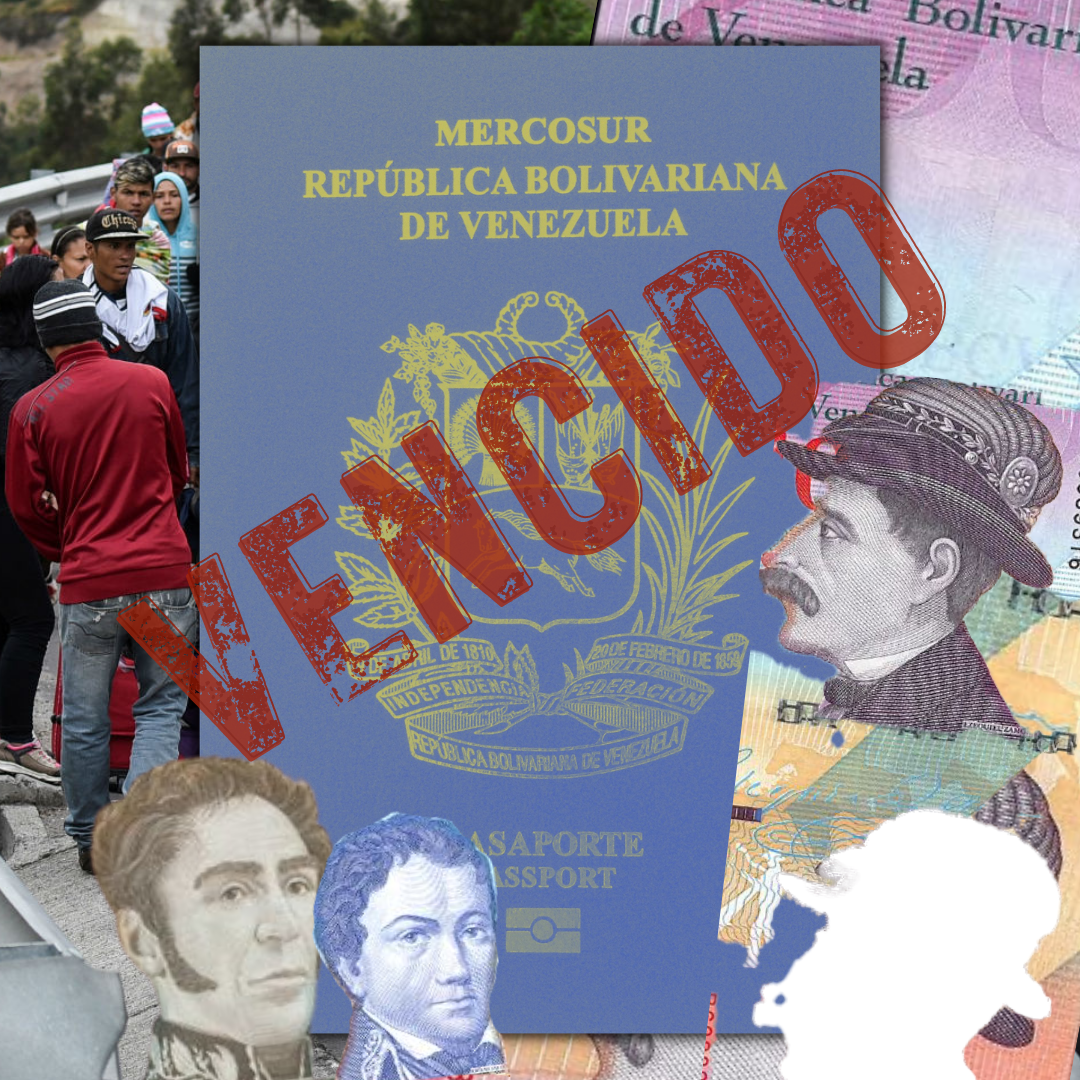 When the nation expires: rights with an expiration date

September 2022 It is difficult to imagine a crisis when we talk about passports and identity documents, but it exists and is happening in Venezuela.
More than six million Venezuelans have left the country as migrants or refugees since 2014, which is equivalent to 20% of the population, according to figures compiled and published by UNHCR, the United Nations Refugee Agency. The passport crisis in Venezuela has exacerbated illegal immigration to neighboring countries, since not only are they difficult to renew, but getting a new passport is much more difficult. And the process is not only complicated and time-consuming, but also ridiculously expensive: the country's catastrophic economic situation, minimum wages below 5 dollars a month, and a passport obtained through official means costs $200 — through unofficial means it can cost thousands of dollars.

In addition to limiting mobility, the passport is a manifestation of the bond between the citizens and the country to which they belong and by which they are supposedly protected. The nation, the most spiritual and metaphysical aspect of the matter, is thus the victim of an expiration date. You can return to Venezuela with your expired passport, but you cannot leave. There are those who risk it and return to try to solve their documentation problems in Venezuela, but many prefer to continue waiting abroad, where it is possible to have fixed sources of income to survive and support loved ones who are still in Venezuela.

For the German-Jewish refugee and naturalized American political philosopher, Hannah Arendt, the nation-state system carries with it an inherent flaw since its inception. It is about the fantastic idea that each state guarantees protection and rights to its own citizens, without considering that there are minorities and groups that can be attacked within the apparent homogeneity of the nation, as in the case of the Jews during the Second World War. With Venezuela, the non-functioning of the passport system directly affects those who need to leave the country, creating even more vulnerability at the borders and outside the country. And what happens when the state fails in its role of protecting its citizens? who takes care of these people? What constitution embraces them now? Arendt explains that this is the origin of what we know as refugees: those who fall into this gap in which their own country rejects them. People without a state, and therefore without rights.

People who were already going through a quite vulnerable situation, now have more limitations due to their situation not only as an immigrant or refugee but also as someone whose identity document is not functional. We cannot talk about this situation without mentioning and acknowledging countries that have opened their borders to millions of Venezuelans without passports or with expired passports, such as Colombia, the United States, and Peru.

One of the solutions that the Venezuelan government has found has been to create a system of extensions; which consists of extensions in the form of stickers that are attached to the passport and that fulfill the function of the main page of the passport, but that only last two years from the date of issue, which is very little if we consider the time it takes for these documents to arrive to the corresponding embassies and be delivered to their bearers, in addition to the restrictions of the Venezuelan state in not accepting passports with less than six months of validity to be able to leave the country.

*The debate is served. What do you think? Write to [email protected] and make your voice heard!