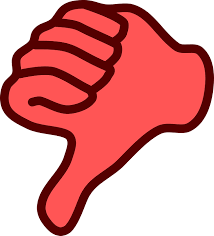 Lead poisoning occurs by inhaling or by ingesting (eating) lead particles. People can get lead in their body if they put their hands or other objects covered with lead dust in their mouths, eat paint chips or soil that contains lead, or breathe in lead dust (especially during renovations that disturb painted surfaces). Adults who have lead poisoning can experience high blood pressure, digestive problems, nerve disorders, memory and concentration problems, muscle and joint pain, as well as reproductive problems (in both men and women). Woman can also suffer from difficulties during pregnancy.

Lead is even more dangerous to children than adults because their brains and nervous systems are more sensitive to the damaging effects of lead. Additionally, children's growing bodies absorb more lead, and If not detected early, children with high levels of lead in their bodies can suffer from damage to the brain and nervous system, behavior and learning problems (such as hyperactivity), slowed growth, hearing problems and headaches.

Babies and young children often put their hands and other objects in their mouths.  These objects can have lead dust on them.  Children commonly experience lead poisoning through exposure to lead paint, which is frequently found in homes build before 1978. When lead paint is sanded, chipped, or otherwise disturbed, it can settle on toys, windowsills, and floors. As a result, children can easily swallow bits of dust and paint chips. Children can also become exposed to lead through some home health remedies for gastro symptoms such as arzacon, alarcon, alkohl, buligoli, and greta.

Items imported from outside the United States, such as candles, toys, and candies may also contain lead. Additional sources of lead may be found through occupational settings, such as construction, welding, pottery, or if you live near an active lead smelter, battery recycling plant, or near a heavily traveled major highway where soil and dust may be contaminated with lead.

The Dutchess County Department of Health is engaged in a comprehensive prevention program to reduce the prevalence of elevated blood lead levels in children less than six years of age. Part of the effort includes motivating physicians to administer age appropriate blood test to their patients between 6 months and 6 years of age. We also want to motivate parents to seek a second blood test from their provider at or around 2 years of age, because children at that age are more active and often put their hands and other objects in their mouths.

If you are a parent or guardian of a child under 6 years of age, be sure to ask your health care provider for a blood lead test. Also inquire as to if a test was ever done on your child. Parents can also help their children combat lead poisoning by making sure that the child eats regular meals, since more lead is absorbed on an empty stomach than a full one. Also make sure your child’s diet contains plenty of iron and calcium. Good sources of iron may be found in liver, fortified cereal, cooked legumes (beans), and spinach. Good sources of calcium may be found in milk, yogurt, cheese, and cooked greens.