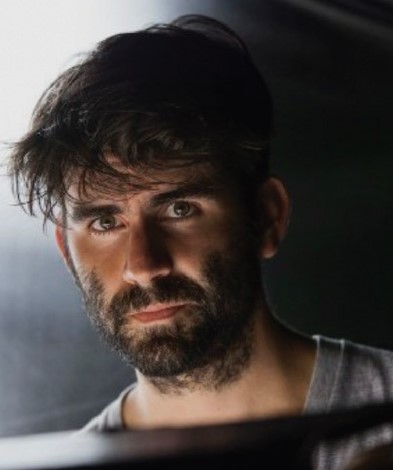 Interview with the director of Son of Monarchs

December 2021 The film tells the story of a New York-based Mexican biologist who returns to his hometown of Michoacán, where monarch butterflies fill the forests. The journey forces him to confront past trauma and reflect on his hybrid identity, causing a personal metamorphosis.

Elisa Littin Egana: Being Franco-Venezuelan, do you think that your multinationality affects your films in the sense of cultural identity?
Alexis Gambis: Yes I think so, because in the end the film talks about identity, who we are. Somehow the fact that in my life I have a bit of that identity crisis, that I do not know where I am from because I grew up between Paris and New York, but I am a franco-Venezuelan. At the end of the film one can appreciate the fact that we are like mosaics, that we have various identities and that all of that fits together. Whether it is at the human level or at the animal, political, social level, that fragmented aspect can be something very enriching. The film has something autobiographical because it is a bit of my story. I did a doctorate in biology in New York and there was also not knowing where to live, my relationships, also some family things that happened. This film reflects my journey, my experience.

Why did you decide to tell your movies from an animal perspective?
My films are a bit like fables, like allegories. Somehow, as I spent a lot of time using animals as a way of understanding humans, this method and way of working corresponds somewhat to how I see my approach in the cinema: the idea of ​​using an animal as a reflection of how we behave as humans. It wasn't conscious but every film I make has an animal focus, and that animal helps me tell the human story. It also helps me grasp different worlds, be it the scientific world, the political world, the social world and bring them all together, because they all converge with that animal. In the case of "Son of Monarchs" the monarch butterfly has many symbols, one of immigration, the other is connected with the Day of the Dead in Mexico. There's also the whole part that those animals are on the brink of extinction. The monarch butterfly represents the possibility of crossing borders without barriers, without obstacles, without walls.

Imagine science
About 15 years ago Gambis, along with other artists and scientists, started a film festival called "Imagine Science" that seeks to expand the relationships between the scientific world and that of cinema, "Making a film is beyond a final product, it is a whole investigation that goes into the creation of that work, an extension of scientific work, ”he says. This interdisciplinary theme is also seen in the New Scientific Wave movement, of which it is a part. "Science is not only educational, but it also has something cinematographic," explains Gambis, who is a director and professor in the department of film and biology at NYU.

How was this idea of the intersection between fiction and science that is seen throughout your work born?
I feel that my job is to play with real things, to talk about very strong themes, but also to play a little with the imaginary and with the aspect of dreaming. Documentary and fiction come together in the way I work, because I like to work with people who are not actors, but with local people. In the case of "Son of Monarchs" I worked with people who live in the butterfly sanctuaries. They are people who know about that world, who have legends, stories, and tales about it. I feel that my fiction work would not be complete without giving that space to their participation through what one could call documentary. They tell their stories and I'm the one who took all of that and put it into a kind of fable. I like that people do not know if they are watching something that is documentary or fiction, to play with that border a bit.

What is your next project?
I'm working on my next feature called "The Human Feather." It is a film about a biologist who meets with a family of indigenous people in Ecuador to help in the resurrection of an animal that died in the jungle. It is a film that mixes the indigenous cause with evolution a little.