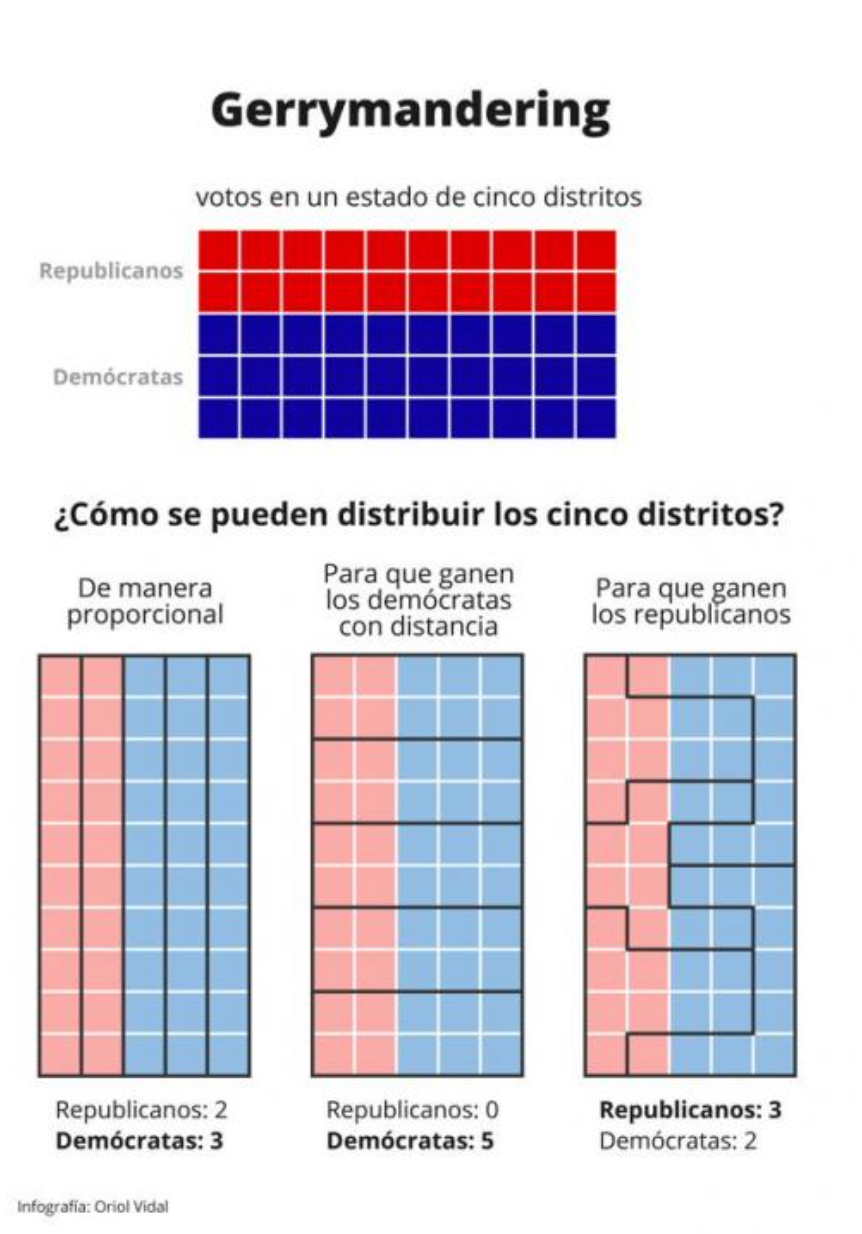 Who Counts? 2020 Census and the Electorial Districts

November 2021 In 2020, in between the COVID-19 pandemic and the embarrassing end of Donald J. Trump’s presidency, one of the most social and political events of the decade (since it only occurs every 10 years) took place over a frightened, isolated, and confused population: The 2020 Census. This year the results of the census show that the State of New York lost an electoral seat in the National Congress because 89 people in the state, for whatever reason, were not counted. In 2022, the State of New York will have 26 representatives at congress.
It probably only takes a randomly selected neighborhood to find the 89 people who would have kept the electoral seat in the National Congress, if they had been counted. But not everyone knows what the effects of the Census are and how it affects the political representation of the population. The Census mainly dictates two political aspects: the redistribution of the 435 total seats in the National Congress based on the changes in population of each state and the geographic reorganization of the districts in each state, which affects how votes are counted at the time of public elections.

Who Counts?
The general idea is that the way votes for the Senate or Congress are counted will be updated to reflect changes in the population. The problem is the arbitrary system through which these districts are drawn gives the possibility to a manipulation of the system known as “gerrymandering”. Gerrymandering is, basically, when in drawing electoral districts, one of the political parties manipulates the stroke to gain a political advantage.
Fulvia Vargas de-Leon, lawyer and member of Latino Justice, mentioned in a conference organized by the Hispanic Federation called “Red District 101”, that “the idea that a person equals one vote only occurs when the government draws districts with equitable levels of population, this is not always the case. For example, the Latino population in an “x” district could have been 60% according to the Census data, giving them a majority. But perhaps the district was drawn up in a way in which the Latino population will always be less than 40% of the district regardless of how united the vote is. Also, in these cases there would be nothing that can be done to change the power of those votes, and the situation could not be changed for 10 years.”

What can be done?
To counter this abuse, the Independent Redistricting Commission was created in 2014, which was composed of Republican and Democratic members in an equitable manner. In September of this year, the Commission presented two draft maps for consideration throughout the public hearing period. One of them called “Letters” is supported by the Democrats. The “Names” map is supported by the Republican Party. This will be the first time this commission will exercise its power.

In the coming months, there will be a series of public hearings at which testimonies can be presented. Assembly member Robert Rodirguez mentions that, “The numbers only tell part of the story. But there are many changes and information that will not be taken into account without testimony. Then present your testimonies, either in person or in writing. Make sure that the unique situation of your community is on record so that this can be considered by the Commision, and so when the final decision is taken in January, we will have the best possible result.”
In the last ten years, the Hispanic population at the national level grew by 23% according to the results of the 2020 Census. In each Census since 1950, New York State has been losing congressional seats. “This does not happen on its own,” Assembly member Robert Rodriguez adds, “This requires the voice of the people as well.”

Resources:
Public reunions
General information
Independent Restructuring Commission
Find out which is your district and your representative based on your zip code
Send in your personal testimony