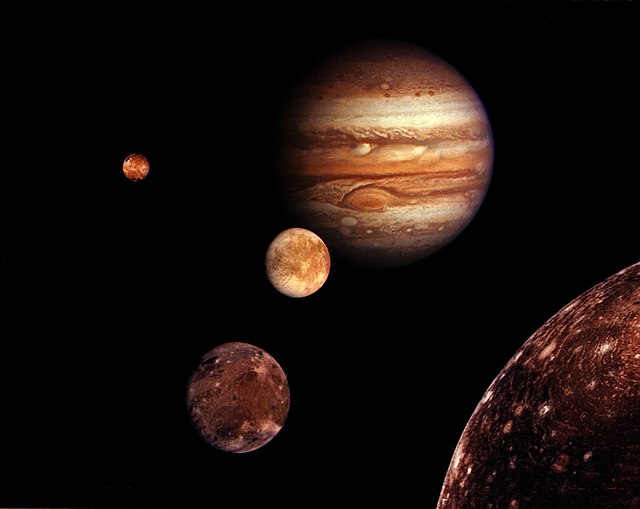 November 2021 Would you like to see a live orchestra? Did you miss Mahler’s Resurrection concert? La Voz invites you to the Bard Conservatory Orchestra concert with guest conductor, Thomas Wilkins, principal conductor of the Hollywood Bowl Orchestra. The concert will be held on December 4 at 8:00 pm at the Bard Fisher Center. Don’t miss it!
In his most famous work, “The Planets,” British composer Gustav Holst describes each planet according to its astrological character and mythological references. However, the composer imposes nothing beyond a brief adjective next to the name of each planet besides the music, leaving the rest in charge of the public’s imagination. The order of this work is as follows:

You may have noticed that two planets that usually appear on that list are missing: Earth and Pluto. Composer and conductor Leonard Bernstein explained in a concert that: “Holst was not at all interested in astronomy, but in astrology. I’m sure you know the difference. Now we all know that in astronomy the Sun is the center of our system and we all revolve around it; but in astrology, the Earth is the center and everything else revolves around us, including the Sun and Moon. So that’s why Holst excluded Earth as a planet.” As for Pluto, even though it was discovered about 4 years before Holst’s death, he did not consider updating the work.

“The Planets” is undoubtedly one of the most popular works in terms of orchestral music. Its influence is evident in that it has been cited by rock bands, in film soundtracks, especially in Star Wars and in other works by other composers, such as the American composer James Lee III, who found inspiration in The Planets to write his work “Sukkot Through Orion’s Nebula,” which is also a part of the program. His work first premiered in 2011, has a duration of 10 minutes, and is the Hebrew celebration of Sukkot. “It’s a festive play that has to do especially with that idea of Thanksgiving and harvest time,” Lee explained in an interview published by the Knight Foundation.

“And then there is the appearance of the Orion Nebula, which is obviously from the constellation in space. This is a circular nebula that is mentioned throughout the Old Testament. And it has to do with the kind of final festive celebration, of receiving the Messiah and the New Jerusalem, and all these ideas are mentioned in the Book of Revelation,” Lee said. Finally, these two works will be accompanied by “The Walk to the Garden of Paradise” by composer Frederick Delius. This work has an approximate duration of 10 minutes and is part of the opera “A Village Romeo and Juliet,” being an orchestral interlude between scenes 5 and 6. This work reflects tranquility and intimacy, when Sali and Vrenchen, the protagonists, leave the village fair to a garden, and where they then rest.

To order your tickets, send us an email at [email protected] with the subject “The Planets” and tell us how many tickets you want, your name, and how many companions you have if you go with someone else.

Important: To enter any event at the Fisher Center, proof of COVID-19 vaccination is required.

Sources:
Libretto of “A Village Romeo and Juliet”
Interview of James Lee III
Leonard Bernstein and The Planets of Holst


ANNOUNCEMENT
Pass La Voz around! This magazine is not meant to be used once and thrown away. On the contrary, when you finish reading it, pass it on to others who may be interested! And let the recycling continue!