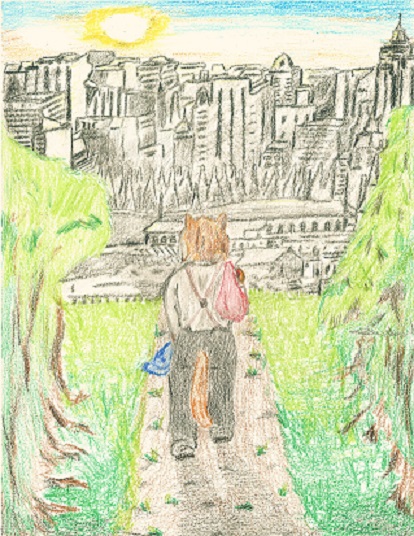 There needs to be a new narrative to pass migratory reform

November 2021 Why immigration and what is happening in the GOP is important for you even if you don’t particularly care about immigration?
Are you worried about the bodies of immigrants floating in the Rio Grande, about the children in cages, about the deportation of immigrant entrepreneurs who were even pillars of their communities? No? How about the access to opportunity in the world your children are going to inherit after years of obstructionism in Congress, after whatever they will have to live with if climate change is real in a United States where social mobility is now more limited than in Europe (less the social network)? So, you want bipartisan solutions, I guess. Well, see what happened to bipartisanship since the ascendancy of part of the far right with the Tea Party (and Trump’s people are much worse)…

Now, if you say the far left is infantile, I could agree, but so far they have not been able to exercise any significant leverage. Just see their proposals on minimum wage, immigration or health care. The problem is the far right, now in command of one of the two main parties; a far right uninterested in policy unless it affects immigrants and other targets of their hatred. And, if what the obstructionism inflicted by the Tea Party to Obama counts as a lesson, the fragile future an America unable to make the necessary investments to stay competitive is going to be outsourced to the far right’s donors as long as Trump satiates his base with the tears and corpses of immigrants before passing to the next most hated group in their list.

Exaggeration? As I write this article, Biden’s approval on immigration is 27% net negative (l), his approval in the economy is 10.7% net negative in the economy (while Trump ended net positive in the economy) and a CAPS-Harris poll from mid-September shows 51% of registered voters believing that Trump was a better president than Biden. Yes, he can come back in 2024 and many will believe that, after trying the humanitarian way with Biden, whether we like it or not, the only way to deal with immigration is Trump’s way.

If this is correct, the question is how to stop the far right’s poisonous effect in our democracy. The answer: immigration. Immigration was the issue on which his base didn’t allow Trump to spin an inch. Just remember the vicious way Ann Coulter attacked him when Trump just insinuated he could support the Dream Act if Congress passed it and how he didn’t dare to counterattack Coulter. Solve immigration and you will kill their main motivation. But then you have gerrymandering and closed primaries, the source of their power, as they allow them to threaten with primary challenges any Republican who doesn’t bow to their whims (Remember Eric Cantor?) Make districts more competitive and you will dilute their power

But you might say that I am naive, that neither immigration reform nor minimum standards on primaries could pass with Republican votes. There you would be correct. That’s why you need to adapt relevant experiences that have worked in the past instead of riding horses fed by quarters (like budget reconciliation rules) or mechanically repeated what has failed over and over. And that’s on what I would like to elaborate in future contributions. Just in case you can’t wait, I will leave you with the link to an article about how you can unlock that door. I will lay down some  ideas. Let’s build the solution together, you and I. That’s all I ask.
Ah! you can read Gatito Inmeegrante for free with the link below. It’s one of the most beautiful immigration stories you have ever read. I have just rewritten it to improve the style but the story is exactly the same.