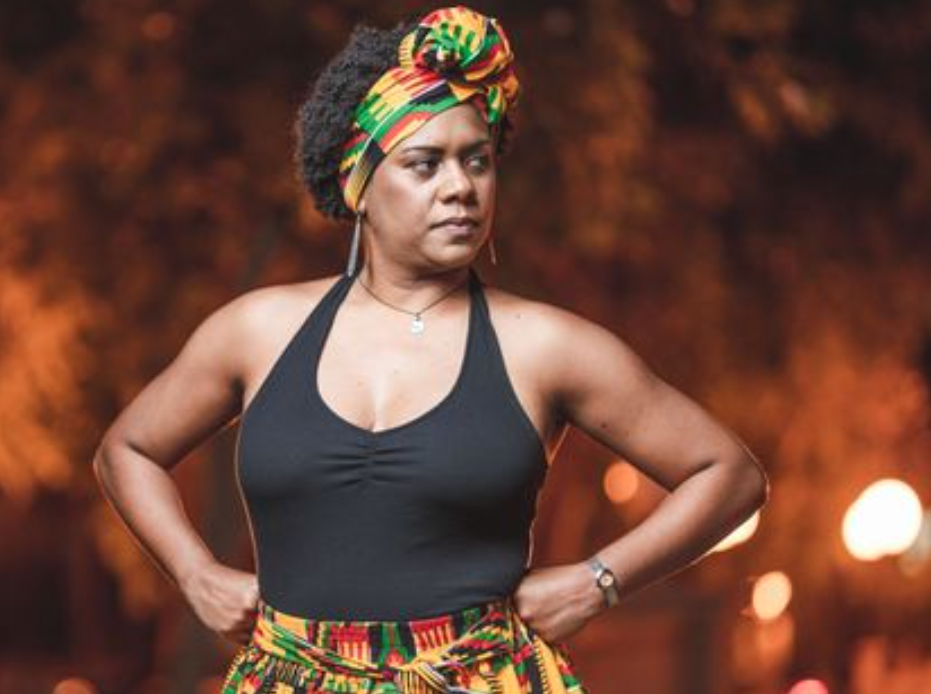 “Yes, I am hispanic, but I always add that I am also afro latina”

Interview with Bárbara Abadía-Rexach, from the podcast Negras.

October 2021 Afro-puertorican journalist, social anthropologist, and black feminist Bárbara Abadía-Rexach has used the Cadena Radio Universidad de Puerto Rico to raise awareness about anti-black racism and all black issues in her podcast “Negras”. Here she talks about how the project started and how racism manifests itself in Puerto Rico.
How was the “Negras” podcast initiative born and what is the purpose of the information being shared?
Two years ago, when the Cadena Radio Universidad was looking to include new programs, my colleagues from the Ilé Collective and I decided to make a proposal to creat a space where we could represent and discuss projects that involve the black community. We made the proposal with 50 initial topics, where we already had the people we were going to talk to, all black or afro-descendant women. Fortunately, our program was approved without any complaints. We picked that name because we want to broadly represent our black culture and show the world that it’s okay to call ourselves as such. Most of the people involved felt that it represented very well the collective struggle against racism, as well as being the first black women’s program, about black women, for black women.

How is racism manifested in Puerto Rico?
Racism in the island manifests itself in more than one form. In Latin America there is this idea of “celebration” that we are the mixture of three races and that is why there is no racism. However, there are no public politics to address the needs of the visibly black people because we know that black people in Puerto Rico don’t have the same accesses that people with lighter skin do, which suggests that colorism is also part of the problem. This is precisely why censuses exist. People often tend to say “I am a mix” but when they’re filling out the census, they write they are white. The mechanisms for doing the census in Puerto Rico are the same than the ones in the United States, only translated into Spanish.  Puerto Ricans tend not to identify you as African-American, Indigenous, Brown, or Mulatto because of the description that comes with that category. So, the census is one way we can see how that internalized, structural, and systematic racism operates. In Puerto Rico, the race variable of statistics of homeless people and incarcerated people was eliminated, so we also see how it is a matter arranged from power, which is a way of making invisible the fact that the largest number of people in prison or homeless are black people. The Ilé Collective was also carrying out an anti-racist campaign where our objective was to increase the number of people who self-identify as black or with more than one race, and to lower the number of people who identify as white. Finally, the 2020 census results yielded revealing results where people in Puerto Rico who identify as white was only 17 percent, a statistic that contrasts dramatically with the 76 percent of people who identified as white in the 2010 census.

Do you identify with Hispanic Heritage Month?
I recognize the importance of dedicating a month to Hispanic culture, but I also think that we must take into account who is being left out and that Hispanicity is often diluted with Latinity. It is important to talk about our colonial origin, since the celebration tends to focus a lot on the folkloric, more than on the Afro Hispanidad, there are many Hispanic people who are Afro-descendant or black. When the Hispanic category was established, which had entirely political intentions, it had a function of showing that people in this category were being served. We must think about whether there really is equity in terms of the services the Hispanic community receives in the United States. I feel part of it because the category includes me, but in the same way I try to use it in a rebellious way. Yes, I am Hispanic, but I always add that I am also Afro-Latina. It is also necessary to discuss the diversity in the Hispanic community in terms of political processes and the relationship that Hispanic American countries have with the United States. We must also talk about the Spanish colonization, the imposition of a language and a religion, and how we still have these impositions today in our Latin American countries, and how that affects the Hispanic community in the United States. I feel included as long as I am given the opportunity to speak about these issues.

What are some of the racist practices seen in the homes and streets of Puerto Rico?
We can effectively see racism from the teachings in the homes of Latin America. Things like: “marry a person with lighter skin so you can improve the race” are very common phrases since the Eurocentric stereotype of beauty is the one that prevails. We can also see hypervigilance towards black people in public areas. In the tourist areas of San Juan it is possible that people who look like me are talked to in English, since they think that we are not from Puerto Rico and that perhaps I came from a cruise from some other Caribbean island. This reflects a refusal to place the black person in another space, as that you do not belong. We can also see an issue of xenophobia against Dominicans that is closely linked to the racial issue, because many of the Dominicans who live in Puerto Rico do not have documents and are visibly black people. There is a lot of talk about "micro racism" and "micro racial aggressions" which in the end are not micro if they happen every day. These are more “subtle” ways in which racism manifests itself, but they are attacks that are detrimental to a person.

Tell me about yourself and your experience.
I studied in a public school in Puerto Rico since my family didn’t have the opportunity to pay for a private a school.  However, this school was the one that allowed me to get to where I am now. I managed to get into college with a lot of sacrifice because I had to be the person who got good grades for being the black girl in the room, since I lived under the stereotype that I was going to fail. The story of my life was showing people that I didn't have to be what they thought I was going to be. When I got to college, I realized that I was the only visibly black person. I finished my undergraduate, postgraduate and then I went to the United States to do my doctorate. Many people say that “wanting is power” without realizing that there are many people who want but cannot because the system is not designed for black people to be able to. When I started teaching, the students did not recognize me as a teacher because I was visibly black. There weren't too many visibly black students either. The few who were there would come up to me and say: how good to have a black teacher because I have never had a black teacher before in all my life!

Are the terms “moreno/a” or “mulato/a” used as euphemisms to avoid saying “negro/a”?
People in Puerto Rico tend to say things like: “I don't call you black because you get offended” or they use the diminutive “negrito o negrita” to express affection, just like couples when they refer to their loved one as “mi negro or mi negra ”. So, how is it that in some spaces it is okay to say “black” and in other spaces to say it is offensive? For this reason, we decided to call the program “Negras”, so that when people hear it on the radio, this message is transmitted that it is okay to say it and to transgress and combat this idea that saying black to someone is offensive. In Puerto Rico the term trigueño or trigueña is also widely used, but when we look for the origin of the word, it refers to wheat and the people who worked in wheat were enslaved black people. The term "mulato / mulata" is also used, but there are many black people who reject that term because they feel that they are being called animals, although the mule is a hybrid animal and the term refers to miscegenation. In the Dominican Republic, people use “moreno / morena” or “light Indian” to differentiate themselves from Haitians. These expressions are used to refer to African Americans, but they are not really very common.

Because there is such strongly internalized racism, many black people cannot necessarily explain or relate any event to the fact that they were recognized as conspicuously black and thus received dehumanizing treatment. It's a complex issue that makes it easy for the state to deal with the fact that we are a mixed bag. An example of this is the way in which the United States established the census with the same categories, eliminating the variable race from statistics that have to do with federal programs. It suits them since Puerto Rico is a colony but they do not say that it is a colony of black people or people of African descent for all that it implies, since it would be necessary to take into account all the conditions in which the people of this colony live.