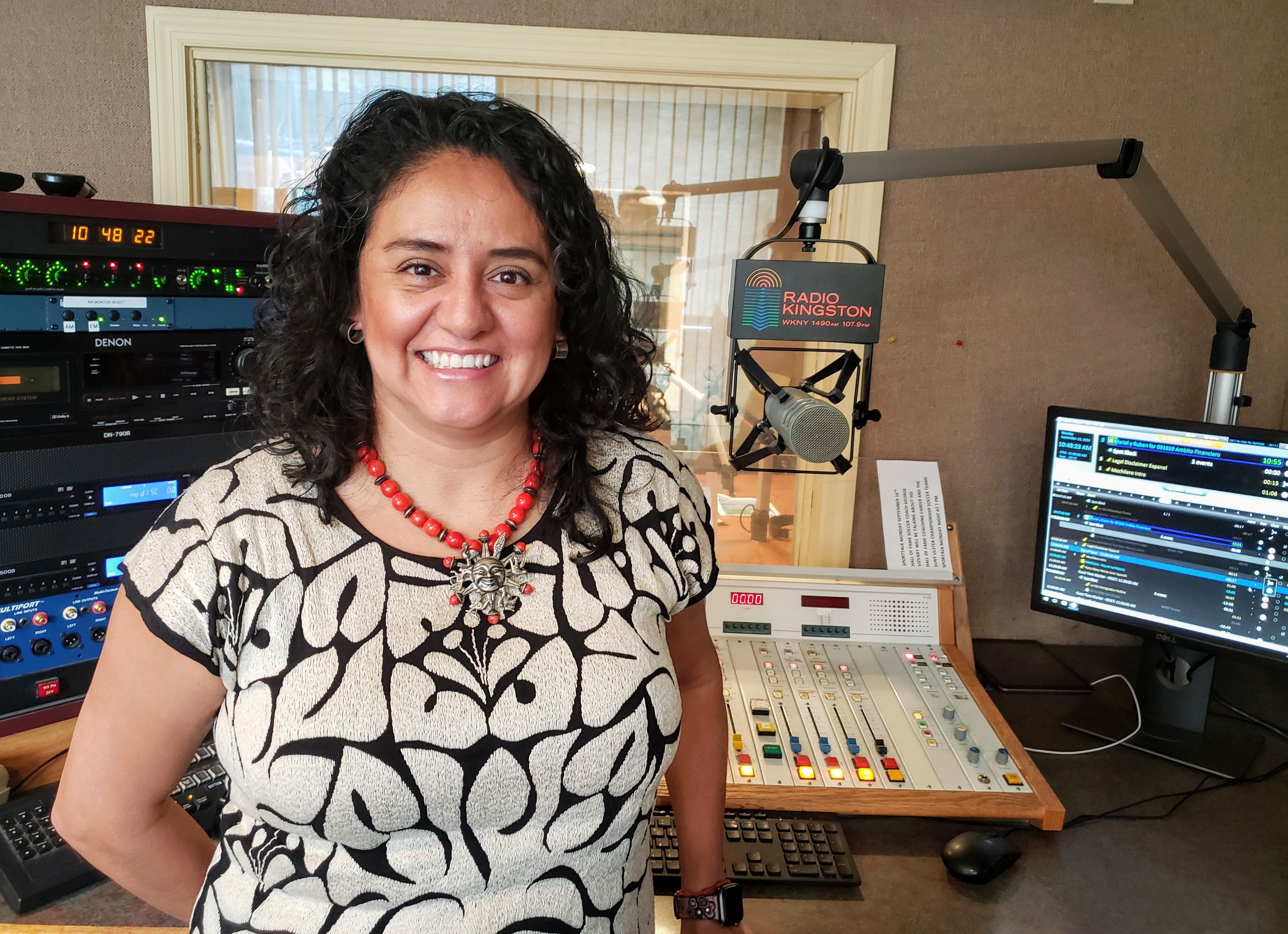 August 2021 Every story has two ways to tell itself, that of the winners and that of those who lost. Economics specialists still debate the most adequate version to explain capitalism.
Let's use an analogy to analyze the economic system that rules the world. To identify the origins of the game, let's use the Center-Periphery theory of Andre Gunder Frank, German sociologist and economist, with the dependency theory two teams are formed: the developed and rich and the undeveloped and poor. The theory also allows us to identify that the key elements that reinforce and enhance the capitalist game were imposed since colonial times in the 15th and 16th centuries.

Thus, in Potosí (a colonial city founded as the Imperial Villa of Potosí in southern Bolivia, where the largest silver mine in the world was located) since the middle of the 16th century, the first conditions of capitalism had already been set: exploitation. But formally, and following the rules of the game, it cannot be said that there were capitalist "countries" in colonial America because according to W.W. Rostow, the mere existence of exploitation is not a factor of capitalism, there are more. These are as follows:

When the game begins, during the first level, the advantage belongs to the European invaders and conquerors. Being servants of the European crowns, the conquered and invaded populations of America (those that remained after the genocide) and the enslaved people (kidnapped from their lands in Africa and brought to this continent by force) are at the service of the European crowns . It was the serfs who generated the value, the crops of the land that were commercialized to be exchanged for gold, for silver, for coins and were sent to European coffers.

The game continued for many years like this, based on looting, the exploitation of human and natural resources, generating immense wealth at the expense of the population forced to work in infra-human conditions and at the mercy of repressive forces that punished any act of rebellion. It is important to emphasize that the origin of the police force was precisely to catch escaping slaves and quell rebellions or attempts at independence.

Over the years the game has continued to develop and tactics have been refined so that those who win at the expense of losers keep winning (more and more).

Sophisticated schemes have also emerged, presented as laws, to push down, or outright eliminate, those who rebel or become a threat. Tactics range from police repression to powerful military forces declaring wars and invading countries to appropriate their natural resources—oil, for example.


In the level prior to the one we live in today, the game was focused around industry, in the factories and manufacturing plants. The capitalists' success stemmed from industrial production, from factories employing minimum wage workers to produce articles, or merchandise, that generated huge profits. The winners were industrialists, refinery owners, and large corporations. The losers were the workers who made up the cheap labor that barely survived. In this level, the existence of popular neighborhoods and street vendors, for example, was normalized. And it was becoming more common for people to take land to build houses, or for women to be the “designated caretakers”.

One of the most important rules of the game and one that has been established as if it were a total, absolute truth, like the air we breathe, is that there is an invisible hand that distributes the benefits of capitalism to everyone, like a trickle of well-being and wealth. In reality, what we have seen over the years is that the labor movement, let's call it a power card in our game, is what has managed to advance and take squares. It was the organization of workers to demand decent conditions through the labor movement, unions and workers' organizations who have achieved decent wages and benefits, pensions, medical care, housing, etc. Basic necessities for existence that have been hoarded by the "winners," to speculate and make exorbitant profits.

Capitalism has continued to evolve, the industry stopped carrying the main role, and at the level where we are now services generate the most important profits in the system. Health services, education, housing, banks, financial institutions, assisted by technology. The power card of globalization has introduced new players: international organizations and entities. They are not only the owners, they are also specialists and professionals who advise and seek the “common good”. These "lifeguards and benefactors'' help losers, prescribe cures and lend them money at sky-high interest rates. They recommend that the losers bet everything on development to "create an inclusive and sustainable growth engine in the country."

However, it is obvious that this wonderful tale is not like that. And the brainwashing is global.

When the discussion about increasing the minimum wage began in the United States, the same workers did not support the increase, claiming that there would no longer be jobs. We exploit ourselves in the belief that this is how we "fulfill" ourselves, we "surpass" ourselves, but in reality we are servants. Kafka has already pointed out the logic of self-exploitation: the animal tears the whip away from the Lord and whips itself to become the master. That is the absurd situation of those who defend the neoliberal regime.

When certain people are asked what they think of the financial support that the government offers, such as food cards or support to get a home, they answer I prefer work or express their rejection of receiving something from the State, the same State that was created to ensure their well-being and has the obligation to support its citizens. They have been brainwashed with the idea that those who receive help from the state are useless, losers, that in the game of Capitalism everyone sees (or plays) for themselves, and everyone is saved as best they can. Not to mention that for hundreds of years they have been cheated, pushing them back on the board or skipping their turns.

In the case of the original American population, they have been cheated and dispossessed, or eliminated since 1492 when the first European invaders arrived. The descendants of kidnapped and enslaved people brought from Africa have been cheated since 1619 when they set foot on this continent. It is no coincidence that today the native peoples of America and the Afro-descendants are the most punished populations on this continent. These are the contradictions of the game that rules the world because capitalism is the only way to enter the world market, to expand geographically.

This system of human reproduction that is based on the endless accumulation of capital-money-profits, and the exploitation of workers has managed to convince us that there is no other way to live, or to see the world.

To get rid of this way of seeing the world and shake off the ideas that have been instilled in us, we must face what capitalism does, which is to build and concentrate a mass of wealth, without precedent, in the hands of a few individuals who try to loot the land of its resources and the future humanity of its potential. The one percent that concentrates the wealth of the world are those who actually benefit from capitalism and obtain all the advantages. And that is why they promote this economic theory, emphasizing the importance of profits, spread it in universities and present it to us all the time as the dream to follow, the perfect life, in the media and on television.

Dozens of popular protests against capitalism have been widespread on a global scale until the coronavirus extinguished them. In Hong Kong, Santiago de Chile, Tehran, Baghdad, Beirut, Algiers, Paris, Barcelona and Bogotá, crowds began to question the game, to demand better living conditions. The global pandemic managed to silence them temporarily, until the ineptitude, corruption and disregard for human life in the game of capitalism reignited the fuse after the nearly nine-minute death of George Floyd in May 2020.

The coronavirus has undoubtedly unleashed a global economic crisis, the pandemic wreaked havoc in countries that put profits and the economy before human life. But the pandemic has also helped us question "common sense" and seriously reflect on the fact that wealth is created by the working class but unfairly appropriated by a minority.

It’s time to open our eyes, quit this game and take a look at other games. Proposals OUTSIDE CAPITALISM are possible alternatives, ideas and theories that work. The way we live now under capitalism is not working for everyone and it is the right time to demand something different. "Capital" is the enemy of  human beings and of nature (another subject aside that requires analysis). We cannot let capital solve the problems it creates: let people live for themselves, not for capital.

* Martha Tepepa is a researcher-professor at the Levy Institute of Economics at Bard College. She is also a contributor to the program La Voz con Mariel Fiori on Radio Kingston in her column Let's Talk About Economics.