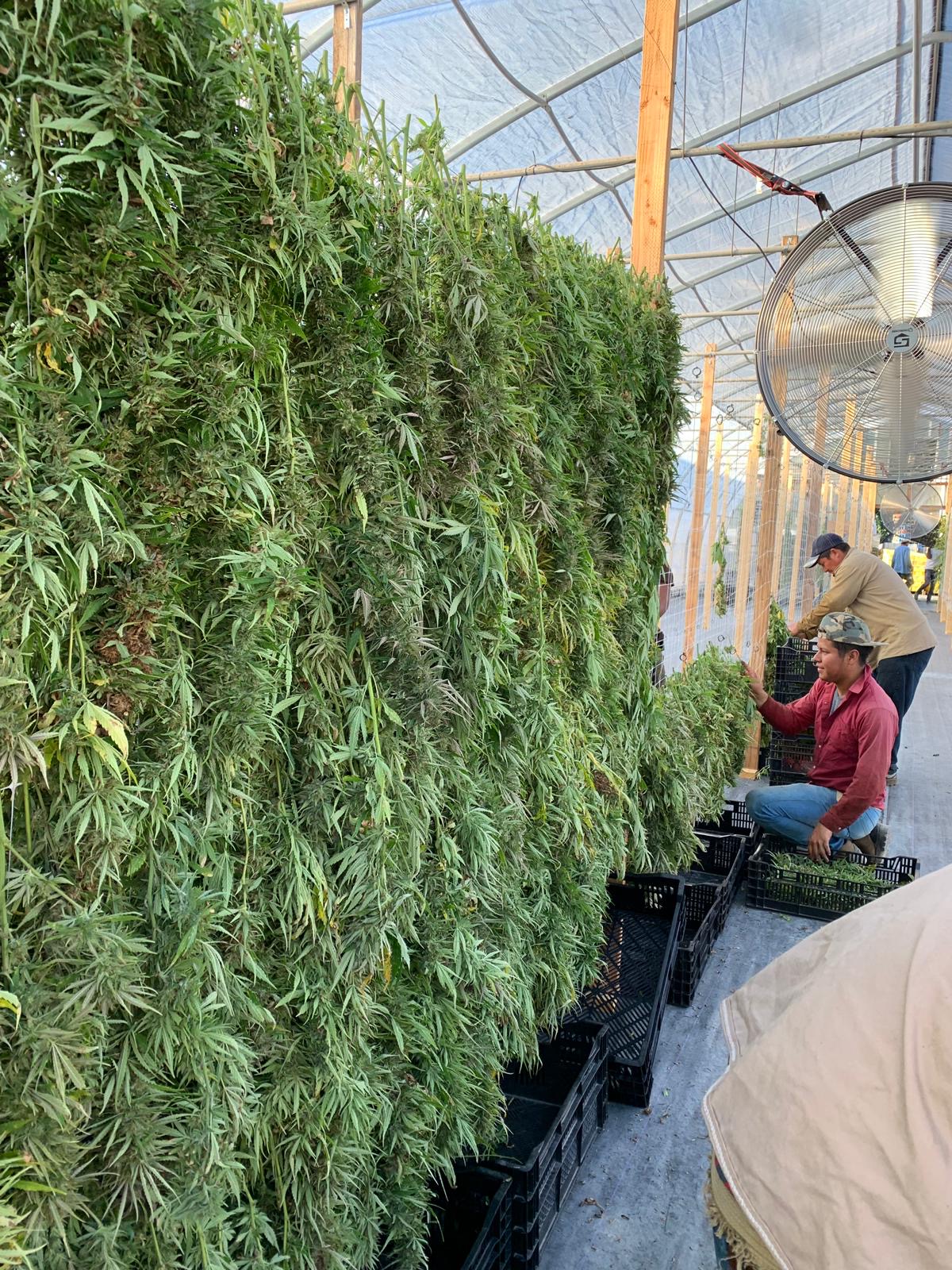 June 2020 Towards the end of December, Gov. Andrew Cuomo signed the law S.6184/A.7680 with the goal of regulating and controlling the production of hemp in order to ensure that hemp-based products are safe for the consumer given the popularity they have at the moment. That same month, the Cornell Cooperative Extension of Ulster County hosted its yearly meeting with with a talk on how this law would affect the production of hemp and the effects these new regulations could have for the small farmers in the state of New York.

Even though hemp is technically from the same family as cannabis, it is not the same as the psychoactive controlled substance at a federal level denominated marihuana. Hemp comes from the cannabis sativa plant and is characterized by a reduced percentage of tetrahydrocannabinol (THC), the substance responsible for the psychoactive effects of marihuana, and usually has a higher percentage of cannabinol, a substance known to have relaxing effects for the body.

But the uses of hemp go way beyond the creams and oils that serve as muscle relaxants. Historically, hemp has been used in the production of textiles and paper for over 10,000 years. During World War II, the United States extensively used hemp in the production of rope, cloth, and even uniforms. Unfortunately, since hemp shares the same origin as marihuana, it has suffered through a barrage of legal barriers as a crop.

The goal with these regulations is to uphold the health and security of the consumer. However, changes in the method through which THC in the plant is measured could have vast repercussions in the agricultural sector. Jason Minard, lawyer and legal counsel for Empire State Growers: Hudson Valley commented on the subject: “There’s new regulations from the Department of Agriculture that could destroy the industry. Previously, the plant would be analyzed in its totality, meaning that once measured, the average THC content of the plant would be much lower. New regulations are based around analyzing the upper third of the plant, where the highest concentration of THC is located, therefore that number would not be an actual representation of the THC levels in the plant.” Which is a cause for concern, since a lot of crops would find themselves above the 0.3% level of THC allowed by the government. But that’s an arbitrary threshold, Jason assures: “That threshold is there so people don’t end up high. But you don’t get high with 0.3, or 0.4, or 0.5. Furthermore, the new regulations imposed by the Department of Agriculture want to make it so that any crop with more than 0.5% of THC stands a criminal negligence. So then you mess up your crop and you go to jail.”

The high level of control that surrounds hemp, assures Brian Farmer, keynote speaker at the event and found of the Cannabis Conservancy group, comes from the social and legislative perception that hemp is a drug, an almost identical sister to weed, instead of seeing it as a crop. Which is something very recent, Brian states, “This plant has always had medicinal purposes, but the idea that it’s a drug that must be regulated by the government, that’s very new. There’s other psychoactive plants out there that have some of the very same components that hemp does, but these are legal.” And change, Brian highlights, can only ever happen if the plant stops being looked at as a drug. “If you want to have your own garden, and you want to sow tomatoes and eggplant and onions and one day you decide to add hemp, then it once again becomes just a plant. So we have to demonstrate that it’s only that: a plant. But this can’t happen until you’re allowed to grow it in your own home, since right now you need some kind of legal permit which can be very expensive.”

And it’s precisely these high costs that threaten the local industry. Empire State Grower’s legal adviser, Jason Minard, added, “this could destroy the small farmer industry because they won’t be able to cover the total cost, all these people who invested in seeds, in the equipment, the infrastructure. You won’t be able to bring the plant to maturity, because the longer you wait the longer the THC content will be and you could even be arrested for it. And if you harvest two weeks earlier in order to fall within the regulations, you’ll be selling the product for pennies on  the dollar.” Unfortunately, these regulations that, while they do provide a safer and more reliable product for the consumer, it does so at the expense of the producer. Which is why, through the cooperative of Hempire State Growers, Jason and his colleagues are facing these new regulations with faith, with the belief that teamwork and will allow them to fall within the state’s regulations and also bring a good, reliable product to the consumer.


Translated from Spanish by Nohan Meza