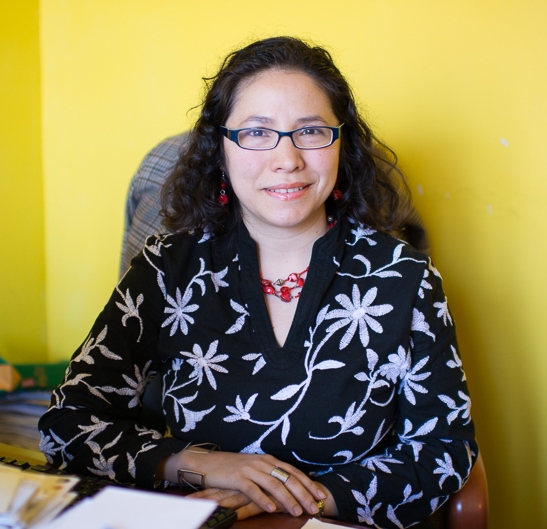 September 2019
I was speaking on my radio show, La Voz con Mariel Fiori on Radio Kingston, with the young Puerto Rican writer and activist, Ana Portnoy Brimmer, one of the over half a million people that flooded the streets of Puerto Rico in mid-July in order to demand the resignation of the governor, Ricardo, Ricky Rosselló.

On her Facebook page, Ana wrote: “Resistance sprouts, colonialism falls, united over the rage.” And with good reason. The island of Puerto Rico, according to the census, has a little over 3 million inhabitants, and yet, every day, over 500 thousand people stepped outside to march and protest. That is 20%, a fifth of the population per day. It’s a staggering number! The community mobilized in mass for 12 days, culminating with the resignation of the governor, an unprecedented event since 1947, when Puerto Ricans began to vote for local authorities.

Ana commented that, “Something beautiful coming out from all these protests and movements, what’s now being called the Boricua Summer, like the Arab Spring, is that it has been an entirely intergenerational movement. It has led people to the streets who, usually, didn’t present themselves as politicized subjectivities in previous movements in Puerto Rico and, like it’s being said here, the whole world is united. It wasn’t about political parties but instead about the anger, the fury.”

The stroke that broke the camel’s back and pushed people to protest were the federal arrests of six high-ranking officials, members of Roselló’s cabinet, and the infamous chats plagued with homophobia, sexism, misogony and more, which occurred between the governor and the members of his cabinet, the so called #TelegramGate. “People were already angry for multiple reasons,” commented Portnoy Brimmer. “Before this, we went through Hurricane María and its havoc: a massive humanitarian crisis that fueled corruption. Another motivation was the creation of the Promise Law, the imposition of a Tax Control Board that leads to a severe austerity campaign, which has left multiple people in positions of extreme precariousness or even exile. All of this stacked on top of each other, all this rage, desperation, and frustration.”

The economist at the Levy Institute of Economics at Bard College, Martha Tepepa, in her bi-monthly column on La Voz with Mariel Fiori broadcasted through Radio Kingston, developed over three of her “Let’s talk about Economy” columns the economic history of Puerto Rico, the oldest colony in the world. First, being a colony of Spain and, later, a colony of the United States. She positioned the current problem: how vulture funds, Santander Bank, and non-elected officials have contributed to the economic crisis in Puerto Rico, which is now in its 12th year and bears an unpayable, unconstitutional, and illegal debt of over 72 billion dollars. I recommend looking up her columns on Radio Kingston to understand the issues in depth. “Short term, what Puerto Rico needs is strong representation, not only at Congress in Washington, but in the face of the President of the United States,” said Professor Tepepa.

For Ana and I, and many others, Puerto Rico has been an example of the power of the people, “of how these movements can rise up from our power of making collective decisions, our power to imagine an alternate future, our power to resist corruption schemes, and the violence of colonialism and imperialism. The strength of a people large enough to defeat someone that is producing much harm.”

There’s a palpitating hope that Boricuas might’ve awakened, “Not since 2001-2 had we seen the power of the masses demanding the resignation of elected officials in Latin America. But Puerto Rico puts forth a peculiar situation due to its status as a Commonwealth: basically a colony of the most powerful country in the world, and the financial center in 2019,” Martha remarked.

With three governors in five days and the dangers of Hurricane Dorian barely behind, there’s a long way to go, but the flame of hope doesn’t falter.