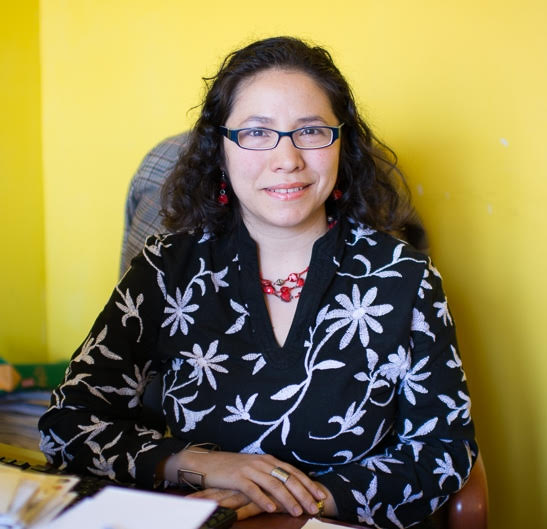 August 2019
Yes, it’s true, this month’s issue of La Voz bears many ecological concerns, green, as they say, and it’s not April (when we celebrate Earth Day). It makes me very happy to be able to present these all-important themes during a month as beautiful as August which, in our beautiful Hudson Valley, gives us the opportunity to spend a lot of time outside, in the sun, enjoying both nature and the summer warmth.

Therefore, since our five senses are right now closer to Pacha Mama, Mother Earth, what better time to learn of what’s happening to our pollinators, insects like bees and butterflies that allow the very food that nourishes and feeds us possible. Well, the Lady of Butterflies, Maraleen Manos-Jones, has travelled extensively to Mexico, following the journey of the beautiful monarch butterflies who, weighing about a gram each, travel over 4000 kilometers to arrive at a destination they’ve never known before.

But, due to the overuse of pesticides around these parts and the deforestation occurring in those further lands, monarch butterflies are at the edge of extinction. Mareleen told us, “I have seen dead monarchs encased in snow at various times over the four decades I have been visiting, but never as bad as 2002. Freezing temperatures followed a severe snowstorm. That year, I stood knee deep in dead and dying monarchs, especially in the areas decimated by deforestation. The most amazing monarchs amazed me once again. The warmth of decomposing monarchs enabled many others to revive, slowly flying up and out of the piles of dead ones. It was extraordinary. Rebirth and regeneration were unfolding in front of me, an embodiment of the Butterfly Goddess herself. It was fortunate that year the monarch population was in the billions since there was significant mortality, more than half perished.”

And the problem here is related to that manic desire for luscious lawns composed of green grass and not much else. Manos-Jones expressed something similar, “Up until the early fifties, clover was very much a part of lawns. Clover absorbs nitrogen from the air and brings it into the earth where the grass and plants use the natural fertilizer. Get rid of clover and use chemical fertilizer instead has been the relentless message of the petro-chemical industry. Dandelions were also an acceptable part of the landscape since folks made wine from the flowers, medicines and tonics from the roots, and ate the nutritious young green leaves in salads. The petro-chemical industry made these beneficial ‘weeds’ into public enemies that had to be eradicated with herbicides. It was a very successful ad campaign that the new medium of television helped disseminate starting in the early 1950’s.” Personally, in my home, we don’t “believe” in grass as a source of beauty, and that’s why we try to maintain a garden with local species and edible bushes such as mint and wild berries, blackberries and blueberries, which don’t require much maintenance and give us pleasure while we scavenge in order to have a family breakfast.

The main article and the cover of this month’s issue of La Voz dedicate themselves to the monarch butterflies and to all those other insects that help maintain our produce healthy until the time of harvest. Furthermore, in the Environment section, Hugo Jule and Danielle Salisbury share their top ten tips from the 100 found in the book Drawdown, what we can all do to stall climate change, and how to leave a place that our kids can call a home (and that isn’t underwater).

As if it wasn’t enough, the study of Tonalpohualli, meaning the Mexica Calendar, is for Anita Campion a restored way of measuring our own time, the very tally of our days, in a manner that reconnects us with the nature that surrounds us and that we are a part of.

I hope you enjoy this issue of the magazine as much as we enjoyed making it. If you like what you read, don’t keep it to yourself, pass it along! And if you would like to comment, ask, or tell us your story, write to us:
[email protected]