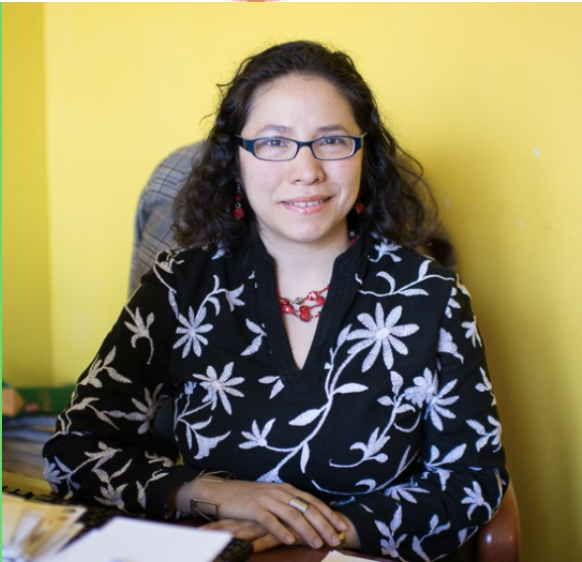 Who said all was lost?

April 2019
At the end of March, I spent two days at a university in North Adams, Massachusetts, as the Hardman journalist in residence. It as an honor to have the opportunity to spend time with students and professors of MCLA, Massachusetts College Of Liberal Arts. I visited journalism classrooms, talked with students and teachers in different classes, interviewed for the radio, the newspaper and television of the university, and gave a talk open to the public to conclude two intense days.

In several of the classes, written journalism, television, interview, I was asked to assist the students as editor of their work. They also asked questions about my experience here in the Hudson Valley and in Spain and Argentina. One of the most repeated questions was what advice I give to future journalists. I think that it applies to all people, regardless of the profession, so I leave it here too.

The main point that I brought to MCLA is the issue of the marginalization of Hispanics (and other minorities as well) of news in mainstream media, television, radio, newspapers, in English, both national and local. Latinos are almost 20 percent of the country's population, but only 2 percent of the news speaks of us. And when they do it is with negative stereotypes. Thus, it is not surprising then that many people have a terrible opinion of us. So when it comes to our sources of information, it is important to remember that there is this invisibility in media (regardless of political tendency) and that is why any aspiring journalist should also consider finding other sources of information, such as this magazine, and if there is not something like that where you live, then create it.

Having shared two days with dozens of students and professors brought me a lot of optimism and respect for the profession. These young journalists have a lot of work ahead, but they have the energy and the focus to become good communicators. They gave me so much hope for the sole fact of having chosen this race. Who said that everything is lost?

And for the Hudson Valley there is also good news, or at least more hope. As I wrote almost two years ago in this column, our county jails have collaborated with ICE (immigration and custom enforcement agency) for several years now, without any law requiring them to do so. Only if there is a warrant, signed by judge,are the county jails, which are managed by elected sheriffs, mandated to comply with ICE requests. In Dutchess County, the second question that was asked of everyone who was being booked to a cell was: were you born in the United States? If the answer was no, then a fax would be sent to ICE notifying them that they had a foreigner locked up.The problem is that by asking such a self-incriminating question you were not have a lawyer nearby, that ending up in jail is sometimes because you can not post bail, that the person has not yet been convicted, just accused, and that many people born abroad are permanent residents. In all, it has caused a lot of unnecessary trauma for many families and the local economy. After several meetings discussing this issue with lawyers and community members, Sheriff Butch Anderson told us in September that since August 2018 that they no longer ask the infamous question, therefore ICE is not notified of anything at that time.

As imilar booking process happened in Ulster County, but the sheriff then did not want to change anything. So people looked for a better candidate to fill that position, and in January of this year the first Latin sheriff, Puerto Rican Juan Figueroa, took office. In a county that has an 87 percent white population, by the way. Figueroa had an inclusive platform and said publicly that he would no longer cooperate with ICE without a court order mandating him to cooperate. "This is a country of immigrants," he said more than once. He recently published his opinion in favor of restoring driver's licenses for all New Yorkers, regardless of their immigration status. As the song goes: quién dijo que todo está perdido (who said that everything is lost).

And to complete it our way: we come to offer our voice.