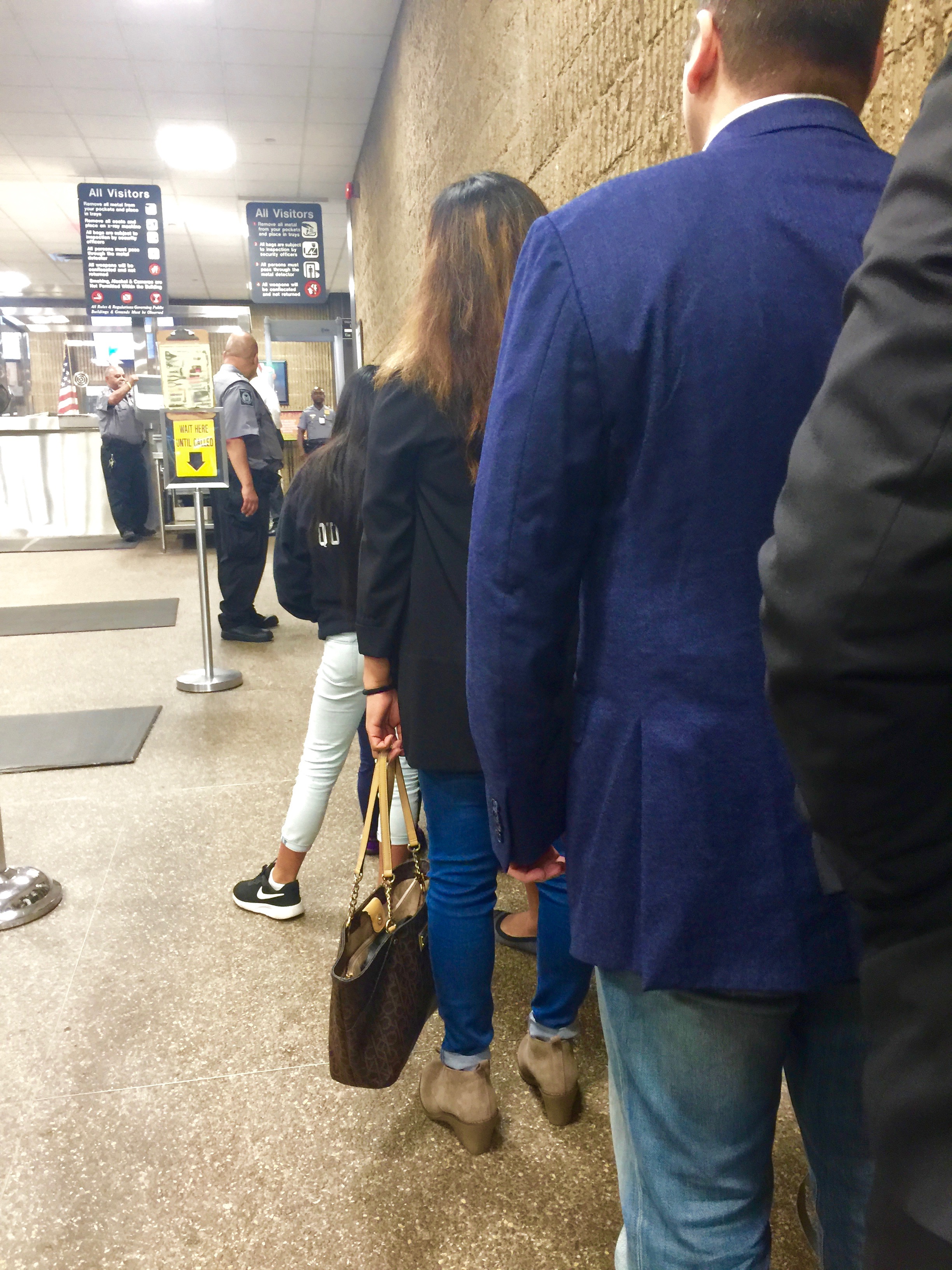 When ICE Went to Mariana’s House

July 2018 The birds were still chirping at dawn on the remote ranch in Hudson Valley, New York. The day started for Mariana (not her real name) while it was still dark as she made coffee, prepared her two girls for school and coordinated the logistics of their school and work activities to be able to make it back home to cook dinner.
Suddenly, the dogs started barking and police cars arrived. From out of the dust cloud they raised, several armed men and women persistently knocked on her door.

They had a warrant with her husband’s name but not hers. However, they do not discriminate.
They did not care that Mariana was half-dressed. “Get dressed. You’re coming with us,” one agent told her. They put her husband inside a patrol car first. They did not give them time to say goodbye to the only one of their daughters who was home. Mariana wanted to hug her daughter but couldn’t, not because she was handcuffed but because she was pulled into another car that left right away. With tears in her eyes – tears of sadness, anger and helplessness – she saw her daughter crying on the porch. In a matter of minutes, they took away the girl’s father and mother, leaving the minor confused in that humble place.

Thus began Mariana’s nightmare. She ended up in an Orange County jail that has an arrangement with immigration authorities to hold undocumented people. Her crime had been entering the country of immigrants irregularly and staying here over 10 years ago.

The family’s life had been quiet: The girls made strides at school, the adults worked to pay rent and expenses, and employers enjoyed the loyalty and labor of immigrants.

Eight years before, after one too many drinks, the husband was given a traffic ticket. They had stopped him for driving intoxicated, so he appeared in court and was ordered to take classes with Alcoholics Anonymous and pay a fine. Although they moved on and left the episode behind, when Trump’s government arrived they would use it as the excuse to take the immigrant away.

In fact, during the Obama administration, detentions and deportations reached record numbers, even though the government clarified that it was targeting undocumented people with criminal backgrounds, not immigrants with traffic violations from 10 or 30 years before – especially if they were the parents of U.S. citizens.

Mariana’s situation was different. Her employer took the matter into her own hands, and soon an immigration lawyer built a strategy to have her released. As weeks passed, safety became Mariana’s biggest concern, as she had been jailed with common criminals. Some of them were drug addicts who went mad when their bodies demanded the next dose.

In a prison system where common criminals, drug addicts and undocumented immigrants are jailed together, the conditions are ideal for detainees to live in a constant state of tension that may lead individuals to trauma and depression.

Even though Mariana is not a tall woman, she has a great deal of pride and self-esteem, and did not allow anyone to intimidate or trample on her. Still, she was aware that the wrong look could escalate into a fight, for which the guards sent inmates to solitary confinement.

Communication between detainees and their relatives is not easy. When the inmate’s family lacks regularized immigration status, visits are practically nonexistent. No one is going to risk walking into the lion’s den. For Mariana, visits became a sort of torture, as prison guards forbade any kind of physical contact and did not allow her to hug her daughters.

The other option was to talk on the phone, a luxury few families are able to afford, as calls are $20 for 20 minutes. Mariana would call her home only once in a while to avoid becoming yet another economic burden. The days felt extremely long.

Sometimes, thoughts would come into her mind as she stared at the ceiling or listened to the sound of silence. Good ones made her smile; optimistic ones gave her strength. But, with both parents imprisoned, she knew that her home had no income and that it was a matter of time before their bank account ran dry. The worst part was when she was overcome with extreme worry: “Who is caring for my children? Who is taking them to school? What did they eat yesterday? How much rent do we owe, and [for] car insurance, and electricity, water, phone and cable?”

The world was closing in on her. She had heart palpitations and constantly wondered: “What are we going to do now?”

She would suddenly open her eyes as much as she could, locking them on the first object she saw, all sound would become muffled, and she would go into a trance of sorts in which time, sound and space becoming one until a random noise would bring her out of it.

One day, she was sick and did not want to get up to eat because she was fed up with what she described as cat food. Two months after she was arrested, she was told to prepare to appear in court. She had no idea what to expect. Would she be deported to Mexico, released, or sent back to jail? Everything was uncertain.
The day of her court appearance, she left both saddened, pleased and optimistic. She was ordered to put on her orange jumpsuit, and was handcuffed and shackled and taken into the bus that would take her to the Manhattan immigration court along with other inmates. Today, the court is the epicenter of pro-immigrant demonstrations.

Mariana was told to sit at a table in front of the district attorney, and had an interpreter and her lawyer by her side. Community and religious leaders, friends, relatives and I were there to support her. She would sneak a peek at her daughters and felt like jumping out and hugging them, but that was not possible. The guards accompanying her had orders to prevent any physical contact. She was limited to looking at them out of the corner of her eye and smiling when she could.

The cold room was dead silent. If anyone sneezed, no one would say “bless you.” Without lifting her eyes, the district attorney interrogated Mariana exhaustively: Why did she have a driver’s license from another state if she had never lived there? How had she entered the country? Were her daughters illegal? Since Mariana had sworn to tell the truth, she had no choice but to answer.

Like a bullfighter who stands in front of the animal to kill it, the district attorney raised her voice and requested Mariana’s deportation. The judge’s order was to release Mariana on an $11,000 bail.
This could be considered a happy ending. Many other inmates have no one to pay their bail and spend years behind bars awaiting a verdict. Fortunately, Mariana’s family, friends and employer had chipped in to get her out of prison and return her to her daughters, at least for a while.

A new life of freedom starts now, although with the burden of a large debt to pay and without her husband’s income. He was deported.

Translated into English by K.Casiano from Voices of New York, https://voicesofny.org/2018/07/when-ice-went-to-marianas-house/