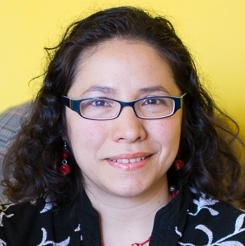 June 2016
Here’s something to think about. Many people talk about the influence of television on society and the countless hours that we waste staring at the screen of that stupid box. But, has anyone actually ever measured the positive and negative effects that television has on our behavior and culture? Yes, indeed. Emily Steiker-Epstein tackles this question in an essay (part of her senior thesis project in psychology) that was published in this month’s issue of La Voz. Through an experiment, she noticed that after watching only a two minute emotional video, people’s moods changed, and they were more likely to even donate money.

Yes, we all know that it isn’t groundbreaking news: television forms and transforms us, but it’s worth recognizing the ways in which these hours spent watching television have the ability to manipulate our lives.

For example, something obvious, almost too obvious that we don’t even notice it: the majority of actors, directors, writers, and celebrities of television are all white, more specifically… white men. Why not show the natural beauty of human diversity with its different colors, flavors and sexual orientations? This has been either a poorly intended mistake or a purposeful effort to further perpetuate the situation. What type of effect does this massive oversight have on public opinion? And how does it affect our daily lives as immigrants in this country?

Perhaps one answer to the first question can be discussed in relation to the increase in popularity of the Republican Presidential candidate, Donald Trump, a business tycoon and marketing guru. For years, even decades, television has been censuring certain type of people (whether on purpose or accidental, it doesn’t matter now). Many people seem censored, such as the real voices of women, Hispanics, Asians, blacks, LGBTQ, muslims… anyone who doesn’t fit under the preconceived definition of what they imagine that we, the people (the diverse ones in question) want to see. So, with such a real historical oversight, it would seem like at this point there is no other option but to give the microphone (and maybe the power) to the very rich man who is fond of insulting us.

And on to the second question: one of the effects that I see daily is that when in certain circles the conversation turns to immigrants (specifically Hispanics) and their rights to access and legalize their status, it quickly delves into politics, instead of addressing the problem in terms of basic human rights. In 2016, many people still use the demeaning and dehumanizing word: illegal. And not to mention the word “alien”, which makes it sound as if we are extraterrestrial beings, creatures to whom we can’t feel any compassion (because they invade us). So let me say it one more time: an action can be illegal, such as crossing the border without permission, or crossing the street where one shouldn’t (neither of which are criminal acts); however, under no circumstances can a human being be illegal.

Experts say that we are what we eat: you eat healthy and your body works; you eat poorly, and you get sick. In this case, I think that we are also the media that we consume. Are we xenophobes, homophobes, racists, Eurocentrists, sexists, and the like? It’s like the saying: tell me who your friends are, and I’ll tell you who you are.

So as of now, I propose to you all a detox. A radical detoxification, similar to that of those who struggle with drug addiction (speaking of, yet another topic that we cover in La Voz this month). We should be taking advantage of the warm season and explore our beautiful Hudson Valley, alone, or with our families. And now that you’re all here... turn off your television, please.

Despite everything, I have hope (and many more experiences that don’t fit in this editorial) that human beings are good, and that we also wish well upon others, whoever they may be. One short story that attests to this: two days ago I drove out of a mall parking lot and three different strangers, two men and a woman, made signs at me, honked their horns, and even ran towards my car in order to tell me something very important. I had left my water bottle on the roof of my car. That simple gesture was just one example of the potential kindness of the human race, what happens when we remember to look around ourselves, without a televised filter.