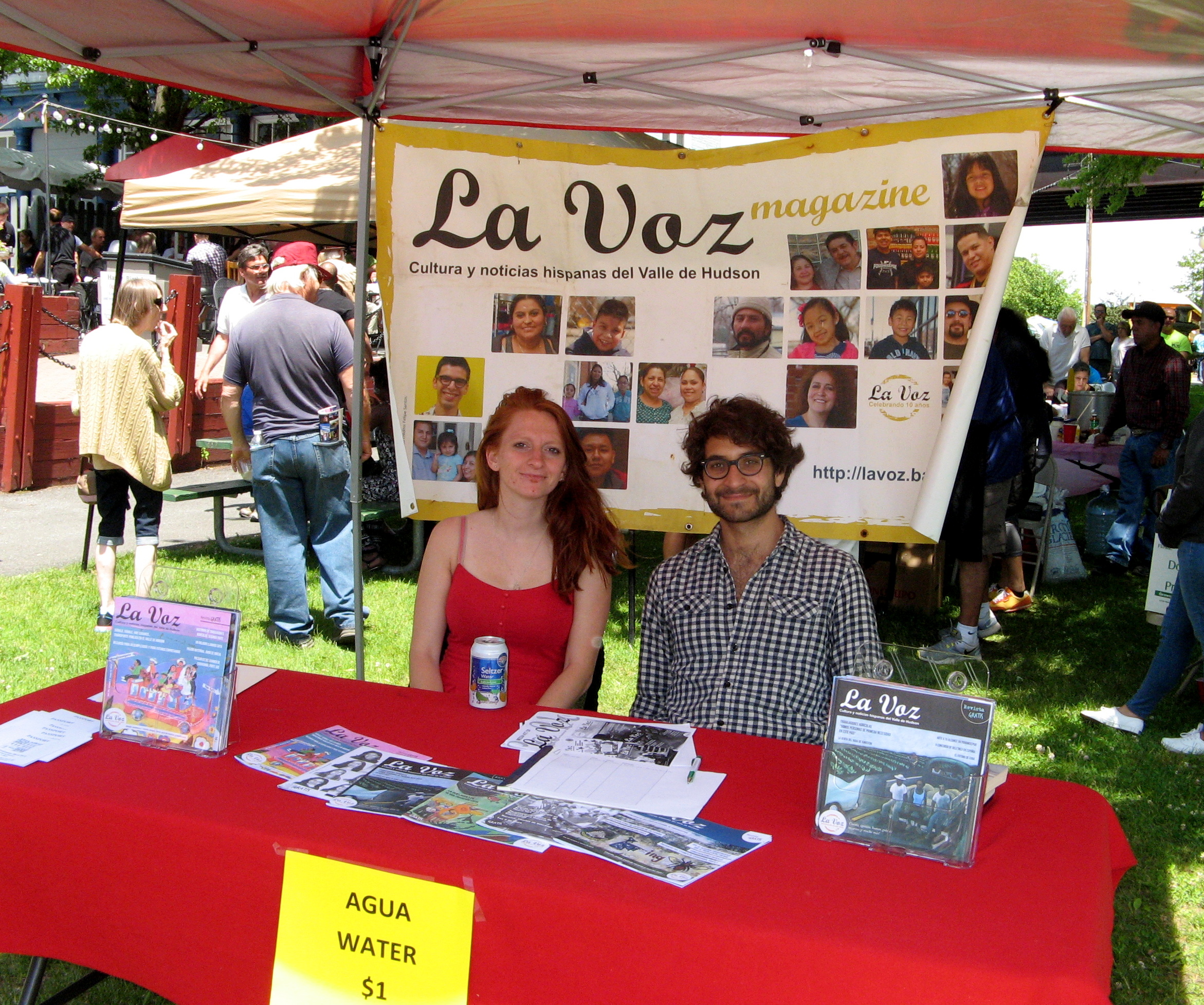 Celebrating Immigrant Gifts and Heritage in the Hudson Valley

May 2016 Successive waves of immigrants have kept the Hudson Valley demographically young, enriched our social and cultural fabric, and are critical to our economic prosperity. Two major celebrations of immigrant contributions to the region will take place in Kingston — one in May and the other in June. Both are free and open to the public. Keep on reading to learn more.

From May 7 to 29, the first annual “Immigrant Gifts to America” program will focus on ways immigrants enrich our culture through the visual and performing arts. It will take place at the Arts Society of Kingston (ASK), 97 Broadway, near the Rondout waterfront.

The collaborative production will spotlight paintings and sculptures of more than a dozen local immigrant artists. Many of those same artists will also share in a storytelling event their experiences of being an immigrant in our region. Immigrant life will also be shared in a series of films, a workshop exploring a secret suffering many immigrants experience called “migratory mourning,” and a lecture about the life and works of renowned late Woodstock immigrant “outsider artist” Joseph Garlock.

The second event, from 1 to 5 p.m. June 5, will be the fourth annual Kingston Multicultural Festival, at T.R. Gallo West Strand Park, on the Rondout waterfront. That event will feature live ethnic music and dance, multicultural handicrafts, children’s activities, food, and drinks. The children’s activities will include arts and crafts, games, singing, and storytelling.

Both events will be presented by the Reher Center for Immigrant Culture and History. The center is a project of the Jewish Federation of Ulster County that highlights the region’s shared immigrant past, while extolling the role immigration plays in shaping our region’s evolving identity. This includes Latin American immigrants of today.

“One of the remarkable things about the Hudson Valley is that nearly all of our families originally came from someplace else,” he added. “Immigration is part of our regional DNA. It’s something we can all take pride in.”

The center is restoring a century-old former bakery, next door to ASK, that was owned and operated by two generations of the Polish Jewish Reher family who had immigrated during harsh anti-Semitism in Poland within the Russian Empire. The family ran the Reher Bakery from 1908 to 2004. The bakery building today still has original ovens and preserved apartments upstairs where the family lived.

When its restoration is complete, the building will house the Reher Center, which will have an exhibition hall, library, archive, and retail area.

“Immigrant Gifts to America” is presented by the center along with ASK and the James Cox Gallery at Woodstock.

“We’re so proud our first ‘Immigrant Gifts’ exhibition will showcase so many wonderful works of talented immigrant artists in our community,” said Barbara Cohen, who conceived the program last year and shepherded its development.

Garlock (1884–1980), the featured artist, was a Russian Jewish shoemaker who immigrated with his future wife, Anna, to New York City in 1902, during the same period of harsh anti-Semitism that brought the Reher family to Kingston. The Garlocks later settled in Bloomfield, New Jersey, where he eventually opened a fruit and vegetable market.

In 1949, Garlock, who was then widowed, often visited his daughter Rose in Woodstock, near Kingston, where he became inspired to paint and sculpt. He avidly created artwork until 1963, when palsy stopped him. Garlock died in 1980 and Rose died in 1995.

Rose’s sister, nieces and nephews later discovered hundreds of original pieces of art by Garlock stashed away in an old stone woodshed next to Rose’s Woodstock cabin. Veteran art dealer James Cox examined the works and said they were extraordinary examples of outsider art that merited study and exhibition. Outsider art is created by self-taught makers who have little or no contact with the mainstream art world. In many cases, their works are discovered only after their deaths.

The festival on June 5 “will be a fun-filled afternoon, celebrating our diversity together,” said Miller.

Participants include:
Event organizers recommend that you bring blankets or folding chairs. Seating is informal.

If it rains, the event will be held at the Andy Murphy Midtown Neighborhood Center, 467 Broadway in Kingston.

Both projects are made possible with funds from the Decentralization Program, a regrant program of the New York State Council on the Arts with the support of Governor Andrew Cuomo and the New York state Legislature and administered by Arts Mid-Hudson.