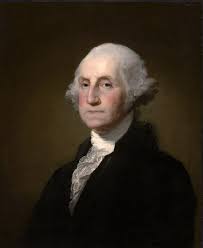 Civics (History and Government) Questions for the Naturalization Test - part 6

A: Colonial Period and Independence

58. What is one reason colonists came to America?

In the 1600s and 1700s, the American colonies were a chance for freedom and a new life for European colonists.

59. Who lived in America before the Europeans arrived?

Great American Indian tribes lived in America at the time the Pilgrims arrived.

60. What group of people was taken to America and sold as slaves?

By 1700, many Africans were being brought to the American colonies as slaves.

61. Why did the colonists fight the British?

▪ because of high taxes (taxation without representation)

▪ because the British army stayed in their houses (boarding, quartering)

▪ because they didn’t have self-government

The British taxed the colonists without their consent, denied them self-government and forced them to let British soldiers sleep and eat in their homes.

62. Who wrote the Declaration of Independence?

Thomas Jefferson was a very important political leader and thinker who wrote the Declaration of Independence in 1776.

63. When was the Declaration of Independence adopted?

The purpose of the Declaration of Independence, adopted on July 4, 1776, was to announce the separation of the colonies from England.

The 13 original states were all former British colonies. Today, the United States has 50 states.

65. What happened at the Constitutional Convention?

▪ The Constitution was written.

▪ The Founding Fathers wrote the Constitution.

The delegates decided to create a new governing document with a stronger national government: the Constitution.

66. When was the Constitution written?

The Constitution, written in 1787, created a new system of U.S. government. James Madison was the main writer. He became the fourth president of the United States.

67. The Federalist Papers supported the passage of the U.S. Constitution. Name one of the writers.

The Federalist Papers were essays written in 1787 and 1788 by Alexander Hamilton, John Jay, and James Madison under the pen name “Publius.”

68. What is one thing Benjamin Franklin is famous for?

▪ oldest member of the Constitutional Convention

Benjamin Franklin was one of the most influential Founding Fathers. He was the oldest delegate to the Constitutional Convention. He was a printer, author, politician, diplomat, and inventor. His most famous publication was Poor Richard’s Almanac. He also organized America’s first library.